Jackson Howarth, Octopus' In-house Writer here. For this Spotlight Blog, I'll be interviewing developer extraordinaire Karim El Khazaani in a (vaguely) professional capacity. But before we start, it's worth mentioning that Karim and I go waaay back – we’ve known each other since we were sixteen! In fact, it was Karim who first told me that Octopus' head of front-end development, Ashley Firth, was looking for somebody to help him write a book about web-accessibility. From there, Octopus took me in as their writer (so I’ve got a lot to thank him for!) 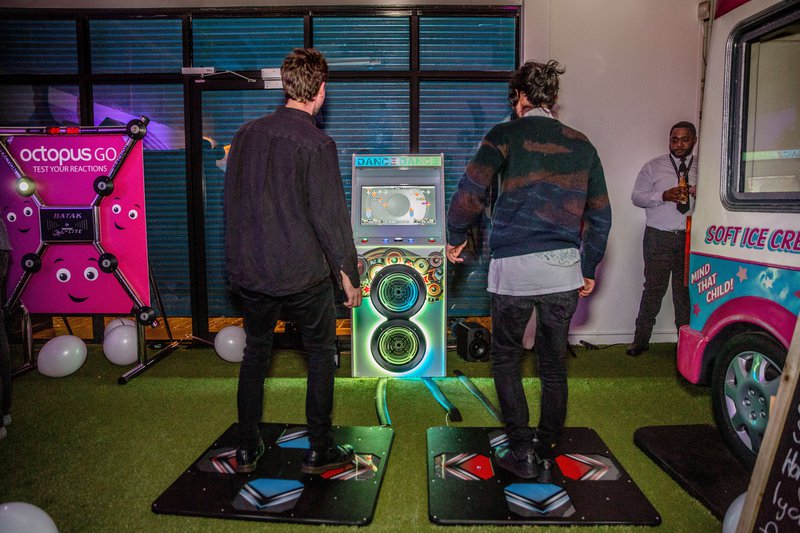 Karim wrecking the author at a game of Dance Dance Revolution

Back then, Karim was a humble Junior Front End-Developer and I was just a fresh-faced freelance science writer. Now Karim is a Front End Team Lead (heading up ‘Team Bulbasaur’) with a whole squad of developers at his back. Soon he’ll be jetting off across the world to help set up Octopus Energy Japan, working together with Japanese energy institution Tokyo Gas to bring 'the Octopus way' to Japan.

In this blog, Karim and I chat about his superhuman coding powers, life as a Octopus developer, and what’s around the riverbend...

Jackson: So how would you explain your job to a seven year old?

Karim: Erm. I make websites. I make them look all pretty. I hack the internet. I hack it to do good things. I hack the internet so your parents can submit things called ‘meter readings’ and we can power your home. That’s what I work on. I create websites for a company that powers your home with energy that’s good for the planet. We’re taking on the Big Six, who are bad guys in this story, because their energy is dirty and expensive and bad for the planet.

Jackson: Could you tell us about some of the things you’ve enjoyed working on? 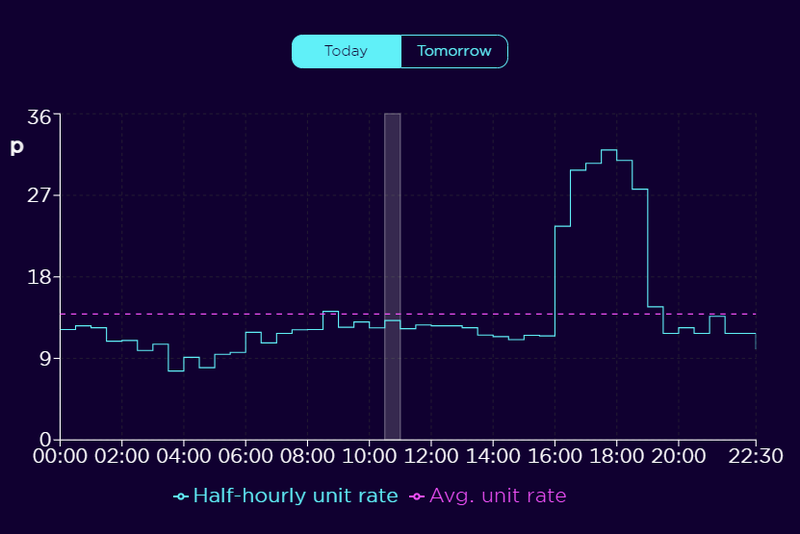 Karim: I enjoyed working on the agile price tracking graphs for our AgileOctopus customers. The AgileOctopus Tariff is fairly unique because its prices change every half-hour to reflect the wholesale price of energy. I created the live graphs for customers’ online dashboards so that they can easily see their upcoming rates, which helps them use energy when it’s cheapest and greenest. [If you’re an Agile customer, you can head to your online account dashboard right now to check out Karim’s work in action!]

More recently, I’ve working with E.ON to help them integrate with Kraken - which is our home-grown cloud computing energy software. I also do a lot of quite technical work with GraphQL APIs, standardising the way that Kraken receives information and ‘data flows’, and returns errors, so that every company who uses the platform can interact with it in a similar way.

Jackson: So what’s it like to be a part of the Front end Development (FED) team?

Karim: There’s great pride in the products we work on. As a team leader, I have the autonomy to make fairly big decisions. There’s a lot of flexibility, I’m trusted to do things in the way I think is best to do them, and not have that dictated to me from the top down, which is really cool. People are happy to collaborate together - we’re always pairing, which is where two developers sit together and work on a problem together.

There’s a lot of flexibility, I’m trusted to do things in the way I think is best to do them, and not have that dictated to me from the top down, which is really cool.

Jackson: I’m always hearing you front-end developers talking about Pokemon? Why is that? Are you a Pokemon master yet? How many badges do you have? What does it all mean? 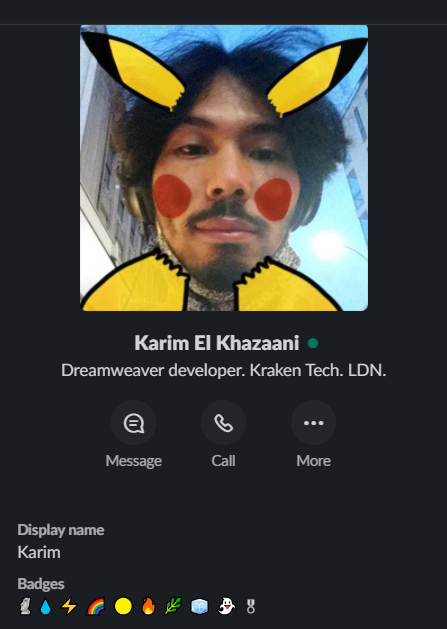 Karim: In the FED team, you get badges for completing certain tasks and accomplishments, some of them are things like making your first API endpoint in GraphQL, other ones might be for tackling tech outages. They’re based on the ‘Gym’ badges you collect in the Pokemon games, and we display them on our slack accounts.

I think it was all Ashley’s idea. Ash (aptly named...) leads the front end development team. It all started with the front-end team names, which are named after the three original starter pokemon: Bulbasaur, Squirtle, and Charmander. There’s about 900 Pokemon now, so we don’t have to worry about running out of team names (like our Operations team, who chose letters of the alphabet, and they got to team Z a little while ago).

Jackson: It sounds like you keep things lighthearted in the front end team?

Karim: (Laughing) Don’t talk to me like that fam. 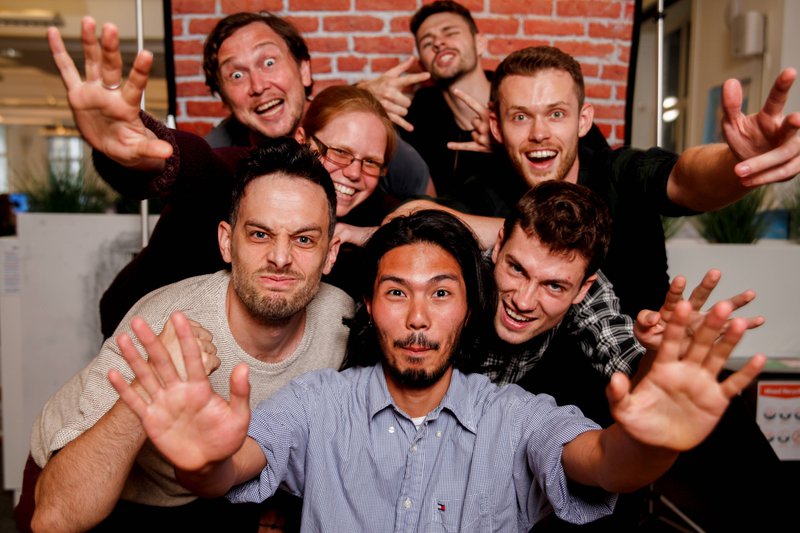 Jackson: Accessibility and inclusion are incredibly important at Octopus, could you tell us about the role you and the other front-end developers play?

Karim: Sure. I help make sure that the Octopus Energy online experience is available to everyone, no matter their access needs. We don’t over-complicate our design. We use linear layouts, and always keep a high contrast between font and background colours, for example, which makes the text more accessible for those who experience various visual and cognitive impairments. Our code is also written to help blind web users who use screen reader software (that reads content out to them) to navigate as easily as possible. We’ve always got one eye on these things.

Jackson: Is it true that you can see in code?

Karim: I dream in code.

Jackson: I hear that there are some Easter eggs built into the octopus site, is this true? Could you give us any clues? 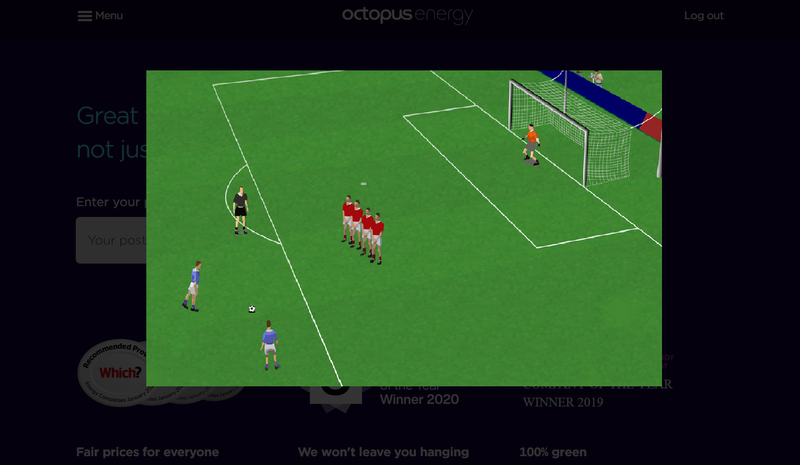 There definitely were a load of easter eggs in the site once upon a time - I don’t know how many are still there. I remember that if you typed in “baggio” while you were sitting on the home screen, a popup would appear and you’d be able to play a penalty shootout game from the early days of the internet, but they recently cancelled an old internet plug-in called flash player, so I’m not sure if it’ll work anymore…

Jackson: You’ve been chosen as part of the team to lead Octopus’ new Japanese Venture, tell me a little bit about that, are you excited? 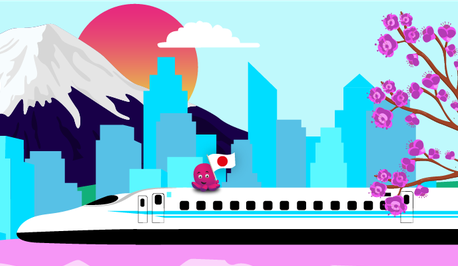 I'm Japanese - of course I am! It’s a great opportunity. I’m excited to help build the Japanese venture from the ground up - I reckon it'll be really interesting to be doing energy the Octopus way, while accommodating that to Japanese culture and sensibilities. I’m also interested to understand a completely new energy market, but to be honest, I’m most excited to have all those tasty soba noodles at my fingertips...

It’s a great opportunity. I’m excited to help build the Japanese venture from the ground up - I reckon it'll be really interesting to be doing energy the Octopus way, while accommodating that to Japanese culture and sensibilities.