As we head into 2022, it’s pretty clear that things are not alright in the world of energy. Astronomical increases in the market price of energy have meant bills are higher than they’ve ever been, leaving households struggling to pay and without options. Not only that – 28 UK energy suppliers ended up going bust in 2021, displacing nearly 6 million customers. 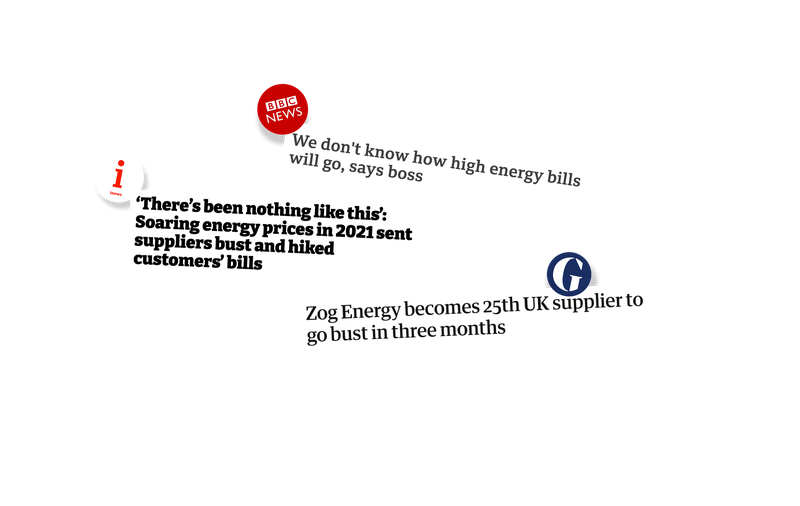 Customers are understandably worried, not only about their own bills, but whether their supplier is the next to go bust.

So I wanted to write a bit about our business. How it was set up to be different from the rest and how as a result, we’ve been able to scale rapidly and remain outrageously good for customers. Our number one priority right now is supporting everybody through these incredibly tough times. 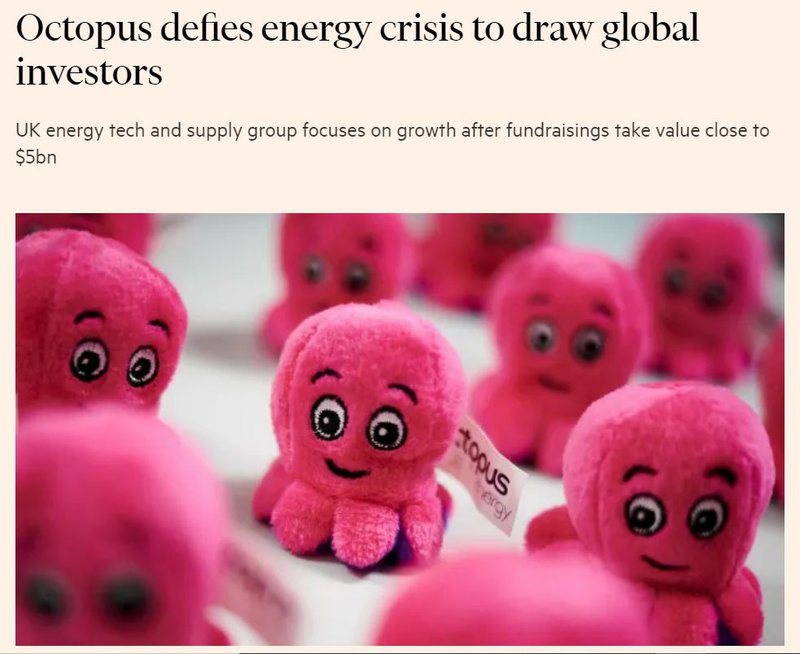 Over the last year, we’ve grown to power over three million homes, and expanded to a whole host of countries, including Spain, Italy and New Zealand. We’ve been able to create 1,500 new green jobs — while making sure that all our staff are well looked after during the pandemic (zero furlough and no layoffs).

Here in the UK, Octopus Energy Group has taken on board a raft of exciting new businesses (including Octopus Renewables with £3bn of solar farms and wind turbines), bringing the entire green energy supply chain under one roof - and we’ve expanded into green heating and transport too.

If all that wasn’t enough, thanks to new global investors including Generation, the sustainable fund co-chaired by Former Vice President Al Gore, we’re now valued at roughly the same size as Centrica, who own British Gas.

So what are we doing right?

Well for starters, our tech has taken the world by storm. Our home-grown, cutting-edge energy platform - Kraken - allows us to cut operational costs by a whopping 50%. Kraken is cloud based, super scalable, and unbelievably agile, with hundreds of updates going live on the platform every day (where older energy systems can only be updated in bulk every 3-6 months).

Not only does Kraken empower our awesome, hardworking energy experts to help customers like never before, but it also empowers customers themselves, enabling all sorts of green innovation, like our smart tariffs Agile Octopus and Octopus Go (which give you access to cheaper energy when the grid is chock full of renewable generated electrons). Thanks to Kraken, we’ve been able to build a powerful, interconnected smart energy ‘web’ - all under one roof.

We’ve even been licensing Kraken to make life easier (and hopefully greener) for customers with other energy suppliers too: within months of the German energy giant E.ON moving their operation to Kraken, their customer ratings have jumped from 1.3 / 5 to above 4.

What does this mean for you?

We’re not going anywhere. And we’re doing everything we can to support you.

We’ve always been fair and transparent, fighting rip-off tactics in energy. In less turbulent times, we aim for a target 5% margin to cover the costs of running a successful business, charging customers based on the wholesale price of energy. In other words, we insist upon impeccable service and fair, sustainable pricing. We never ask for more than we need. Instead, we invest in making sure our customers have the very best support, our staff are happy, and that we're continuously able to innovate, pushing the industry forward.

Right now with the price of energy being what it is, no energy supplier is making profit. But thanks to our diverse businesses and smart technology, we’ve been able to take the hit: forgoing profit and absorbing £150 million in extra costs so far to keep customers’ bills lower.

And we aren’t just ‘surviving’. We’re using our resources to make things better for customers. Creating a £15 million fund for financial aid for those struggling most. Running a massive Winter Workout challenge to help customers cut their gas bills, leading to over £1 million in bill savings in just over a month. We’re also talking to the government about solutions and keeping people well informed of the situation.

Update: Help for customers through the energy crisis

Please, please get in contact with us if you’re struggling with your bills. There are many ways we can help.

We've set up a £15 million Octo Assist Fund as part of our campaign to help those worried about paying for their energy this Winter. If you're an Octopus customer, you can access our Financial Support form here – a quick and simple online tool which asks you a series of questions about your financial situation. We can offer a number of support options based on circumstances and need, including access to existing schemes, monetary support from the fund, or a loan of a thermal imagery camera to find heat leaks at home. If you want to know more about what to do in the face of rising energy prices, it's worth visiting our dedicated blog.

Many of the small suppliers that have gone bust this year failed with unsustainable business models in the current turbulent market conditions - perhaps enticing new customers with dirt-cheap tariffs, or not ‘hedging’ full (selling energy for less than they paid for it on the wholesale market). This usually means that customer service takes a hit (because there aren’t enough resources to look after everybody) and in the long term, there isn’t enough money to cover business costs or weather turbulent energy prices.

On the other hand, the Octopus model speaks for itself. Despite the pandemic and the energy crisis, we are Which? recommended for the 4th year in a row (something that has never been done before), we were named USwitch energy supplier of the year, we're National Technology's 'Tech Company of the Year', and were named 'Company of the Year' by the Renewable Energy Association for the second year running.

These are dark, hard times in energy, it's true. But if you’re a customer of ours, please know this: you’re with a really large, global business, on a mission to build a cleaner, fairer energy system for the world. Our unique, much-sought-after technology, prudent hedging, and expansion into energy generation, heating, and transport mean we're not just surviving or ‘here to stay’ – we’re going strong. We’ve never been better placed to lend a hand to those who need it. As always, our most important priority is you.

Back to Blog More on Pricing More on Energy crisis

×Close window
Octopus Energy The only energy supplier Which? has recommended 5 years in a row Rated 5 / 5 based on 125068 reviews. | Review us