Of all the elements that make up your energy bill, wholesale costs are a big chunk – typically around 50% for a dual fuel customer (Ofgem 2020).

And like any product that's bought and sold, the price varies.

To understand what drives these variations, it's helpful to know a bit about how the energy market works. You can think of it as having three main parties:

To confuse things a little, some suppliers are also generators. We have our solar and wind farms, EDF has its nuclear plants, and British Gas's parent Centrica owns gas-fired power stations. In fact, the Big Six supply three quarters of the UK's energy capacity, but to maintain competition they can't sell to themselves. They buy what they need from the market, like everyone else.

Why do wholesale prices go up?

Wholesale price rises are usually the result of a problem with one of the three elements above. Supply and demand rules also apply – the more people buy, the more expensive it gets; the less, the cheaper.

As a nation, we buy energy abroad as well as generating our own, so these rules apply on a global scale. The North Sea supplies just 50% of our gas, leaving us exposed to European gas pricing. Europe gets most of its gas from Russia, or in liquified form from the Middle East. Stresses on any part of the global chain, be it civil unrest, war, natural disasters, accidents (like Piper Alpha or Chernobyl), or political/societal changes will affect the price you pay for energy. If you're interested in what's driving price rises at the moment, check out our dedicated 'state of wholesale energy' blog.

With that in mind, lets take a look a couple of famous events that led to large wholesale price rises.

Following a devastating tsunami on 11th March 2011, the Fukushima I Nuclear Plant went into nuclear meltdown. It was the largest nuclear meltdown since Chernobyl and, unsurprisingly, nuclear power's popularity among the Japanese plummeted. Many prefectures refused to allow their plants to operate.

Japan decided that while they reviewed their nuclear arrangements, they'd turn to gas-fired and coal-fired power stations for all their electricity. They bought all the gas they could get their hands on, and were willing to pay a lot of money to get it. This pushed the price of gas up for everyone else, including the UK.

Russia and Ukraine have clashed over gas several times in the past, and most recently over Russia's annexation of Crimea. Ukraine, and the rest of Europe, are reliant on Russia for a significant portion of their gas. When these political punch-ups escalate, usually when one side withholds gas or payment, Russia threatens to cut supply to its main pipeline to Ukraine. This same pipe takes Russian gas to the rest of Europe, so has a knock-on effect for us in the UK.

Russia have built build another pipeline that bypasses Ukraine called Nord Stream 2 (the original being Nord Stream 1), with the pipeline likely to come online before the end of the year.

Believe it or not, energy suppliers don't like putting up their prices. It attracts a lot of negative publicity and pushes customers away. But wholesale energy prices are another cost to the business, so when it goes up, the customer price has to rise too. Currently, the Energy Price Cap protects customers from sudden rises, but it is still updated regularly to reflect the wholesale costs.

To compensate for possible price increases, suppliers buy energy in advance. This is called "hedging" – buying energy today for consumption later. With customers on fixed tariffs hedging is easy. The supplier works out roughly how much energy the customer will need, and buys it when they come on supply.

If there's a radical change in prices during the fixed term period, the supplier must honour the fixed price, but they might raise the price of a fixed tariff for new customers if the prices stay high. This works the same in reverse, suppliers might release a cheaper fixed deal if the prices drop.

Variable tariffs, on the other hand, are a little more complex. Smaller suppliers tend to hedge over a period of months, and if prices increase they might need to pass that on to customers when the next round of buying takes place. The Big Six have a much longer hedge – in some cases buying over two years in advance. While this helps avoid negative media attention should wholesale go up, it limits their ability to lower prices if wholesale goes down.

In either scenario, it's a complex challenge to buy the right amount of energy – at the right time – to keep customers' bills as stable and affordable as possible.

We can't predict the fluctuations of the future, but we can promise that the price you pay for energy is a fair reflection of its cost to us. We cut our prices when we can, and only ever increase if we really have to. 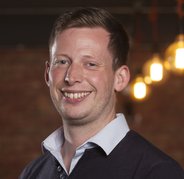