We paid customers to use less power at peak times. Here's what happened.

The UK’s energy is slowly but surely becoming greener, but this transformation isn’t without challenges. Renewable energy gives us access to an incredible amount of power, but it’s also not available all the time.

Just like the saying “make hay while the sun shines”, we need to build a flexible energy system capable of using every single green electron when it's abundant. People are a crucial piece of that puzzle.

That’s why we trialled the UK’s largest ever dynamic demand shift: our 'Big Dirty Turn Down': paying around 100,000 households to shift their energy out of certain peak times.

Because why pay a fossil fuel generator to switch on, when you could pay those who can use a bit less power to do that instead?

Here's how our Big Dirty Turn Down went.

The BBC talked about demand shift here, and how customers could potentially earn up to £6 per kwh for 'turning down' in Flexible Demand trials.

If you'd like to be the first to hear when we're running trials like this in the future, put your email down here.

Please note, these kind of smart energy projects generally require a smart meter that's sending us half-hourly readings. If you've not got one yet, join the smart meter list here.

Why does it matter?

Our energy network is a lot like the human nervous system; highly complex, and incredibly delicate.

For it to function properly, it must always be well balanced. This means that supply (generation entering the grid) and demand (power being taken out) need to match very closely. If they don’t, things go wrong pretty quick. When two generators went offline during the 9th August black out in 2019 over 1 million homes lost power.

To avoid this, the grid needs a bit of flexibility; enough wiggle room that you can turn energy generation up and down in line with demand. For years this has meant turning dirty fossil fuel generating stations on when the country is using more energy.

Keeping the grid balanced isn’t free either. In 2021 the cost of balancing reached £2.7bn, and is set to exceed that figure in 2022. These costs are one of the contributing factors to the standing charges we all pay, and in 2021 contributed roughly £30 to each household's bill.

The main challenge with renewable energy is that it requires us to flip flexibility on its head. We can’t make the sun shine or the wind blow whenever we want but we need to make sure we don't waste that lovely cheap green power. Instead of a system where a handful of large fossil fuel generators supply power, we’re building a network with tens of thousands of renewable generators.

Octopus has a simple message: pay people, not polluters.

What needs to change?

For a stark example of how an inflexible grid doesn’t work for renewable energy, just look at wind generation. Obviously the sun doesn’t shine at night, but it can still be plenty blowy. The problem is, fewer people are using that energy at the time that it’s generated, and we don’t yet have enough battery storage attached to the grid.

82% of that energy was located in Scotland, an area with exceptionally high wind generation but low demand.

If we are going to hit - and exceed - our net zero ambitions, all while the demand for heat pumps and electric vehicles continues to soar, we’ll need to find clever ways to use flexibility to our advantage.

We think the solution is already in front of us. If we’re able to encourage consumers to adjust their energy usage in a way that lines up with the availability of renewable energy, we’ll unlock huge amounts of consumer flexibility.

Our trials were a big step in proving this. 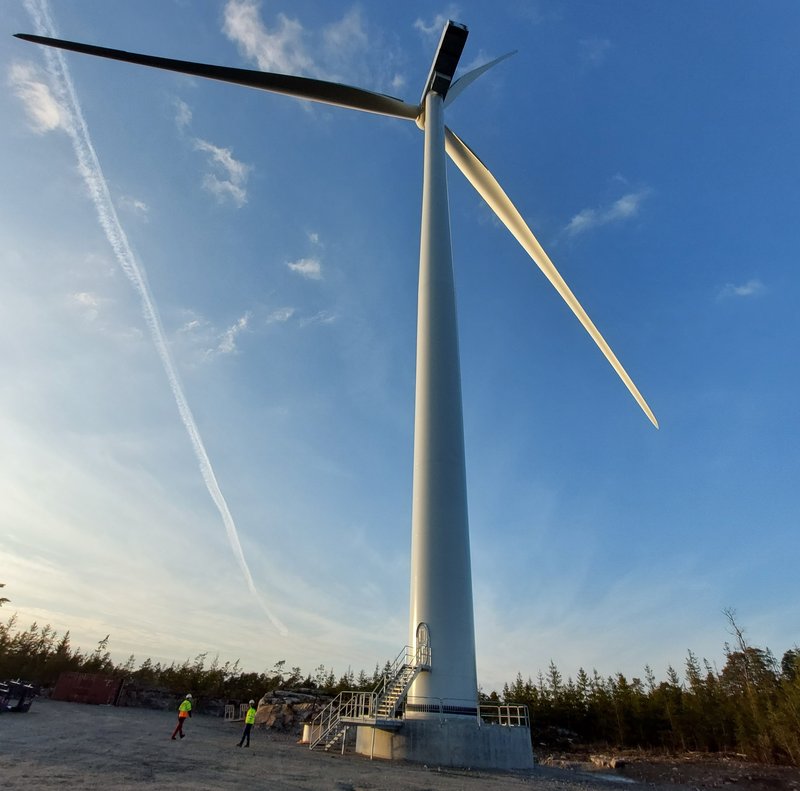 What did we test?

We looked at both sides of flexibility.

The Windy Day Fund - in partnership with Scottish Power Energy Networks - was all about using as much excess wind energy as possible.

Customers who wanted to take part were sent a day-ahead notification (a simple email), letting them know the two hour window they needed to turn up, or turn down, their usage. Using smart meter data, we were able to create a bespoke target for each customer, based on their historical usage during that same time period.

Those who opted in and successfully turned up to turn up - or down - were rewarded with free electricity for the two hour period.

While on an individual basis the “reward” might have seemed very small, our trials were about the power of collective action. Plus, we've already seen how tiny incentives can lead to changing behaviours; the plastic bag scheme.

Tens of thousands of customers took part in our turn down trials. With National Grid ESO alone, during the evening peak window, participants reduced their consumption on average by 18%, with two-thirds of households cutting their consumption by at least 30% in one or more events. In total, customers shifted 197MWh out of times of peak demand.

The Department for Business, Energy and Industrial Strategy has estimated the benefit of this kind of flexible energy systems to be £10 billion a year. Our average household saved 23p per two-hour period, although some saved as much as £4.35.

But what's more, the trials demonstrate customers are ready to start taking part in a greener future, today. And our results show that customers can expect not only to see direct financial benefits to taking part (potentially being paid up to £6 per kWh they 'don't use') but also standing charges to all households would reduce, (so those taking part also benefit those who don't).

Our findings estimate the UK could have up to 1.9GW of domestic flexibility available between 4.30 - 6.30pm. For comparison the UK’s largest offshore wind farm - Hornsea - currently generates around 1.2GW.

By 2030, assuming the growth of shiftable demand from products such as heat pumps and EVs continues, the high end of our assumptions estimates there could be up to 7.8GW of domestic flexibility. For comparison, that’s almost double the current capacity of the UK’s largest non-renewable generator - Drax Power Station - which clocks in at 3.9GW.

And there’s a few ways to increase that amount even further:

Traditionally, the energy industry as a whole has been poor at engaging customers in the energy transition, particularly with technically dry subjects like smart metering and demand shift.

But these are subjects which are absolutely key to enabling a faster and cheaper transition to a renewable grid.

Together with National Grid and Scottish Power Energy Networks, we have successfully demonstrated that even if the individual rewards are small, that with the right messaging customers are willing - and even excited! - to act together collectively; helping balance the grid and prevent renewable energy being wasted.

All it took was one simple question. 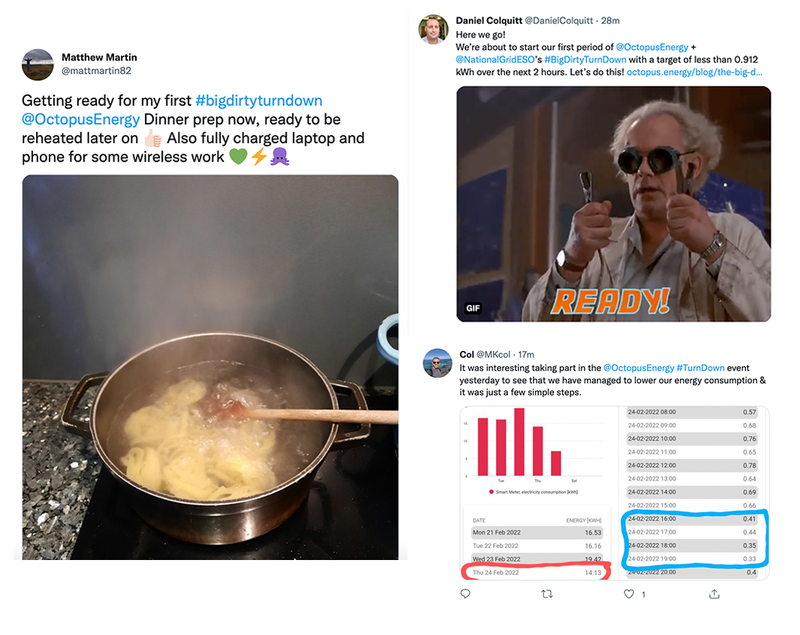 Or, click below to see a summary of our findings for each trial.

The Big Dirty Turn Down 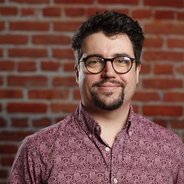 Back to Blog More on Green More on Smart energy & tech