Learn Solar #1: How much solar power do we receive?

In our Learn Solar series we answer some of the big questions about solar, clarifying a topic that's often difficult to understand and riddled with misinformation.

In our first post, we investigate how much power the sun gives us, then calculate that as a unit of energy. In future posts we'll look at how this stacks up against our energy needs.

Throughout this series we borrow and expand upon a series of calculations made by Cambridge scholar, David JC MacKay, in his book, "Sustainable Energy – Without the Hot Air". You can download the book for free and explore MacKay's calculations in more detail.

As stars go, our sun is pretty average, but at 1.3 million times the size of earth, it's by far the largest body in the solar system.

Its enormous power comes from nuclear fusion – the process of smashing atoms together so hard they "fuse" to form heavier atoms, releasing loads of energy. In our sun's core, hydrogen is turned to helium, and as you can imagine, it's desperately hot, burning at around 15.6 million °C. 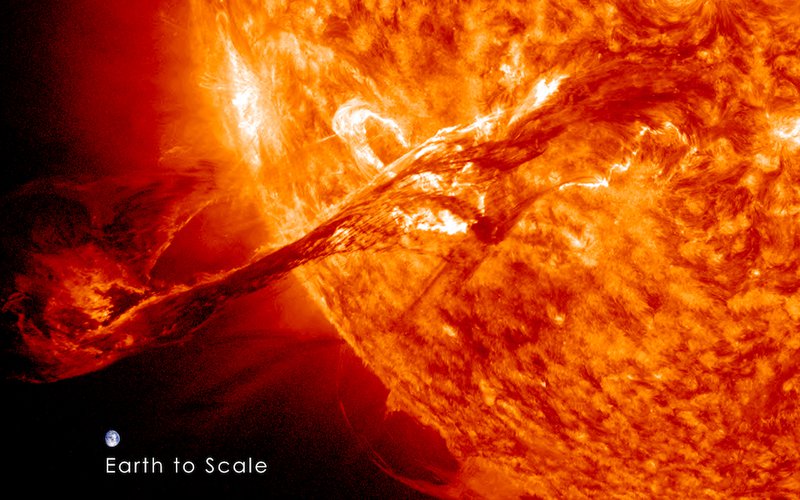 Earth next to a coronal mass ejection (CME), to scale. CMEs occur due to changes in the corona's magnetic field (the corona is the outermost part of the sun), which flings out large amounts of energy and solar material.

Despite feeling the sun's warmth on our bodies, it's incredibly far away. The exact distance changes with the earth's orbit, but the average is 93 million miles (to the nearest million), or one Astronomical Unit (AU).

It's no surprise, therefore, that the sun is an incredible source of power. The top of earth's atmosphere receives around 1,366 W/m² (at 1 AU).

With such extraordinary and practically limitless power, we could easily supply the UK's electricity needs, now and in the future.

1. How much power we get from the sun.

2. Our ability to capture that power and turn it into electricity.

3. Our ability to store that electricity for future use.

Generally speaking, the power we receive on the ground is less than that at the top of the atmosphere, and depends on four main factors:

A common misconception about our seasons is that they're caused by our distance from the sun. In reality, our seasons are the result of a 23.5° tilt in the earth's axis.

When we're furthest from the sun (called the aphelion, for the astronomers out there), the northern hemisphere is tilted towards it, focussing the sunlight and producing our warm summers and longer days.

In winter, when the earth is closest (the perihelion), we're tilted away, so the light is spread over a larger area, has to travel through more atmosphere to reach us, and the days are much shorter (and cooler). Combined, this means the UK receives a lot less power from sunlight in the winter months.

How the time of year and tilt of the sun affect the amount of solar energy we receive.

The equator receives the most solar power due to its almost face-on position towards the sun. As you move further from equatorial latitudes, sunlight is diffused over a wider area, losing strength. The closer to the poles you get, the more diffuse the light.

In the UK, for example, Edinburgh gets an average annual of 94 W/m² squared of solar power, while in London the figure is 109 W/m² squared. Honolulu, on the other hand, gets a balmy 248 W/m². 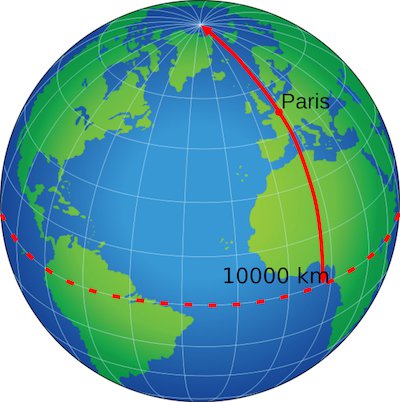 At the equator, day and night are of equal length. UV-B rays at the equator are so so strong they can weaken your immune system and make you prone to allergies.

The solar power received by flat land is called insolation, and it varies with the sun's height above the horizon (which determines our time of day).

The sun's light is a mix of different energies which correspond to various wavelengths (and colours). Our atmosphere is better at scattering bluer, high energy wavelengths, than redder, low energy wavelengths. This gives us our blue sky – since this scattered blue light reaches us from all directions (our eyes are also more sensitive to blue light than the purplish colour of higher wavelengths).

At midday, when the sun is highest in the sky, sunlight travels in a straight line through the least amount of atmosphere, so we receive much more power. (And is why we're told by doctors to stay out of the sun between 11am and 3pm.)

In the morning and early evening, the sun is low, so the light passes through more atmosphere than if the sun were directly overhead.  This means longer wavelength light (greens, yellows, and even reds) get scattered too, producing our glorious sunsets. But a result of all this extra (though pleasant) scattering is that less of the light reaches us. 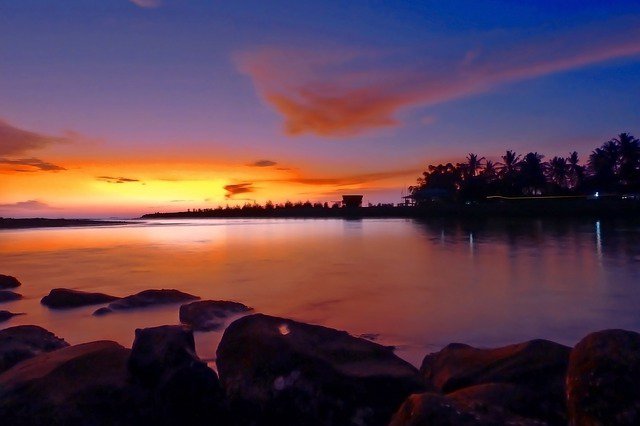 The closer to the horizon the sun gets, the greater the amount of atmosphere the light travels through, and the more dominant longer wavelength light (yellows, oranges, and reds) in that area of the sky.

We're bombarded with solar energy even when it's cloudy (as many sunburnt people will tell you), but it's not as strong since sunlight is absorbed and reflected by the clouds.

Likewise, solar panels will still work when it's cloudy, but won't produce as much electricity – the difference will depend on the type of panel used, with cheaper models losing out by a factor of ten to twenty on really cloudy days. 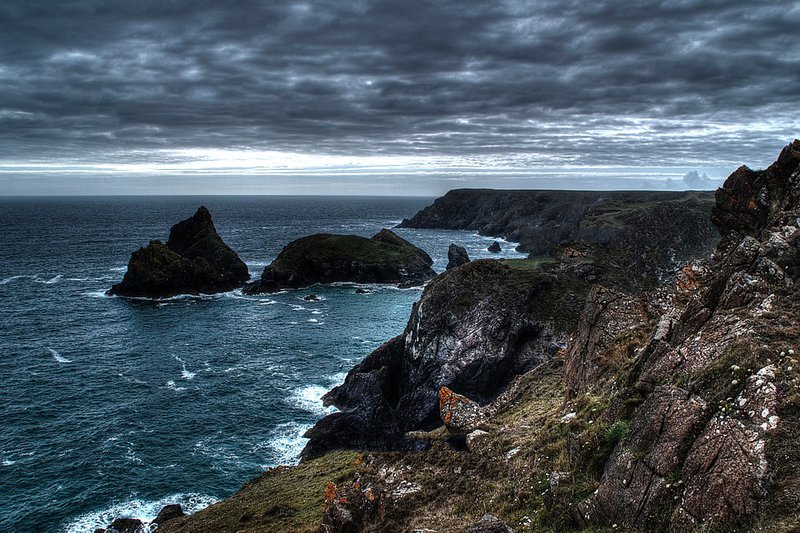 Cloudy days don't stop us receiving solar power, but we receive much less than on clear days.

So taking the above into consideration, what's the average power per metre squared for the UK?

If we follow David JC MacKay's example, once all the above factors have been taken into account, the average solar power for the UK is about 100 W/m² for flat ground, 110 W/m² for south-facing roof space.

Now, before we finish, it's useful to point out the difference between power and energy.

Power is the rate of energy produced or used.

Energy is the amount of energy produced or used.

We've estimated (with MacKay's help) that after accounting for the time of day, location, the earth's tilt, and that it's not always sunny, we get 100 W/m² of solar power, for flat land, 110 W/m² for south-facing roof space.

To get the energy per metre squared, we multiply power by time. Since our power estimate is an average over a single year, we'll use a year in our calculation to get the average kWh/m²/year.

We can do the same calculation for south-facing roof space:

Is this enough for the UK's electricity needs?

To understand the answer to this question, you'll need to know a bit about solar panels, so shoot over to part 2 of our Learn Solar series.