Most homes would slash their bills with Octopus Energy

More than 60% of households could make big savings by switching to Octopus Energy and they'd be helping to save the planet in the process.

Click a link below to jump to each section and see our commitments in each area.

Not only are we great value for money, and helping to build a greener future for everyone: we're a company you can trust.

We're the UK's most awarded energy supplier according to research conducted by specialist award agency August. We've swept up 23 awards in the past year, from incredibly prestigious Amazon Scale-Up Awards celebrating our tech innovation, to the Business Green Leader Award acknowledging our advancements of green energy, to no less than nine separate awards voted for by our customers in surveys conducted by consumer champions like Which? and Uswitch.

Honesty, transparency, and timely responses are important for building trust, and this is what Octopus puts at the heart of every customer inquiry. We’re human and this means we like to speak with our customers like humans - not treat them like another 'customer number'. It also means we don’t get everything right 100% of the time but on the rare occasion that a mistake needs fixing, you can trust our team to work fast to put it right.

Octopus Energy is the highest rated utility company in The Institute of Customer Service. The institute states that "high scores for customer satisfaction is linked to especially high levels of trust, recommendation, loyalty and reputation."

A company you trust is one you're happy to vouch for to the people you care about – according to Uswitch's survey of nearly 17,000 UK customers, we're the energy company people are most likely to recommend.

If we’re allowed to blow our own trumpet. we are the only energy company to be chosen by consumer champions Which? as a Recommended Provider for energy in 2018, 2019, 2020 and 2021! 4 years in a row has never been done before. It's hard to become one - in 2017 no-one cut the mustard and so they didn't award anyone the accolade (and we were too small to take part back then).

Which? test vigorously. To be a Recommended Provider you have to:

We're proud to offer incredible value for your money, for the long term – we were ranked Best Value for Money by Uswitch in 2021 and were one of the top few energy companies in Which?'s tough 'value for money' category.

Around two-thirds of homes are on Standard Variable Tariffs, blasted as among the poorest-value tariffs.

In April 2019, industry watchdog Ofgem reported that the average bill for these customers was £1,254 a year. By contrast, at that time, the best deal with Octopus was just £967 a year, meaning a saving of £290. And even Octopus customers on our standard variable tariff at that time would have saved £225 a year. Not to be sniffed at. 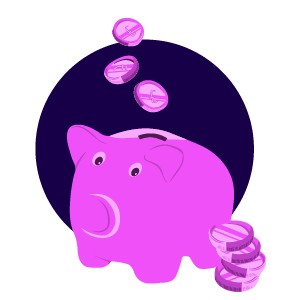 By joining Octopus, you can feel good about the fact that you’re helping us in our war to say goodbye to harmful fossil fuels. That’s because 100% of our electricity is certified renewable. That means all our electricity is produced using green, abundant sources like sun and wind.

And if you sign up for our Super Green Tariff (typically, about the price of an extra coffee each month), we guarantee to carbon-offset that gas with the help of our partner, Brighton-based charity Renewable World. That means any carbon involved in the production of your gas will be matched by a reduction in carbon emissions elsewhere.

For two years running we've been over the Moon to have received the Renewable Energy Association 'Company of the Year' award, being named “the company that contributed most to renewables”.

And we're accelerating that transition to renewables faster, and further – not just here in the UK, but around the world.

We're actually the UK's fastest growing energy company (nearly doubling our market share in a single year to 5.9% in 2020, according to Ofgem)

If you'd like to join a company that will always fight to save you money as well as to save the planet, get a quote now: