What makes a good business leader?

This blog is the second in a series of business advice from Octopus Energy’s founder and CEO Greg Jackson.

Greg is a serial tech entrepreneur and expert on all things business, having founded, sold and invested in a number of successful e-commerce businesses over the years. Octopus is his magnum opus, taking on the tired, old energy market and tackling the climate crisis at the same time. Stay tuned as Greg gives weekly advice on founding, owning, operating and scaling a business.

'Power over [others]' is driven by fear. Daring and transformative leaders share Power with, empower people to, and inspire people to develop power within.

What’s the most important trait for a successful business leader?

There will always be stressful moments that push the boundaries of your mental wellbeing when you are a founder, so being acutely aware of your own resilience and mental health is one of the most important traits for any leader.

An effective leader needs to be able to handle whatever gets thrown at them without stressing and panicking, absorb it all like a sponge and then communicate the crunch point with the team effectively. If a stressful situation gets the better of you, it can negatively impact the way you communicate with your team, and make the situation far more difficult than it needs to be.

What specific traits do you have that make you an effective founder and CEO?

I have a strong desire for my colleagues to be successful. I don’t just want them to come in and do things for the company. I want them to feel happy and fulfilled by the work they do. . I want them to know that their work is making a difference, everyday. And I genuinely hope they all go on to great things, even if that’s not necessarily at Octopus Energy. 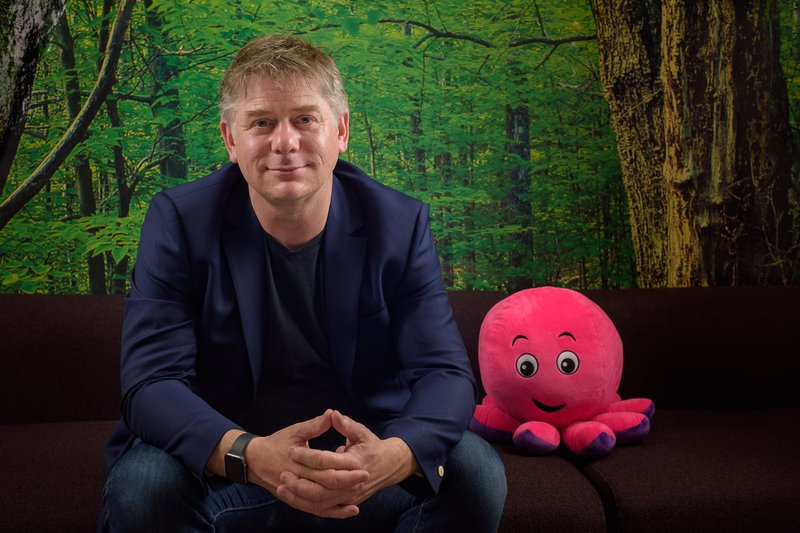 I also have a naturally high level of energy (although it's boosted by a continuous stream of caffeine)! I’m lucky, and also work hard to ensure that my energy levels and resilience mean nothing really gets me down, at least not for long. Of course things can get tough, there will sometimes be stress and difficult times, but almost every morning I wake up raring to go.

On the flipside, what traits aren’t helpful for an effective founder and CEO?

There are many character traits that aren’t particularly helpful for a CEO, though this doesn’t mean that founders with these characteristics can’t become great leaders. It just means they need to be more self-aware.

I think narcissism is one of the worst traits for a business leader. As a CEO you are a figurehead, but some do it just to be that figurehead. They want to see their face in the media and long for personal glory for founding and running the company. Often they will be very commanding and controlling to exercise their vision for the company. But the important thing to remember is that it’s not about them, it’s about the people who are building the business, the business itself, and its mission.

As Brené Brown said, the most daring and transformative leaders will share their power with colleagues, and power over colleagues is bred out of fear. This can work, but I think is more likely to lead to brittle organisations, and unhappy ones, or ones where the relationships are much more transactional.

And personally, are there any traits you have you don’t think are helpful as a CEO?

Again, two come to mind. I know when I get stressed, I sometimes try to take control of the situation myself. I pride myself on being self-aware about when I get stressed, so I’ve worked really hard over the years to recognise when those times are happening. In situations like this, I try to take a step back and listen even harder than before to my colleagues and take their point of views.

I think my humour isn’t always helpful. Since we’ve been doing our weekly all-hands meetings virtually, I sometimes have to make sure my jokes are all above board! My dad jokes get groans too... In the end, it’s always subjective but a joke can go wrong, something you thought was funny can be offensive or perceived as rude, and I have to get that balance right.

Everyone has their own personality issues, nobody is perfect. And especially not CEOs. But as long as you’re self-aware and willing to work on them, you’re on the right track to becoming a great business leader.

Back to Blog More on Greg Jackson, CEO More on Careers

×Close window
Octopus Energy The only energy supplier Which? has recommended 5 years in a row Rated 5 / 5 based on 115216 reviews. | Review us