Franco Miceli called me Friday afternoon. I was in a meeting so didn’t pick up. He called again, so I knew it was important.

An incredible man, Franco is our metering director. He works 24/7 as far as I can tell. When a customer has a failed install or for many other reasons, Franco will personally call them - give them his mobile number and do whatever necessary to make amends and sort it. For months, Franco and the fantastic, dedicated, hard-pressed Octopus metering team (Tom, Nia, John, David, Marc, Barry and more) have been killing themselves trying to get SMETS2 (second generation smart meter) installs working reliably.

Here’s the story Franco related to me - which illustrates the challenges of rapidly rolling out brand new technology, and may be key to dramatically increasing our installation numbers, reliability and customer experience:

We’d had a tough few weeks, with some SMETS2 installs going ok, and others - using exactly the same equipment and procedures - inexplicably failing. A failure is not a simple affair - the engineer can spend all day in a customer’s home trying to get the meter working, swapping different bits of kit in and out, rebooting each piece of equipment (gas meter, electricity meter, comms hub, IHD, their own handheld computer, etc) in different sequences. It’s like when you have a bluetooth, wifi, or mobile connection you’re trying to fix… only with dramatically less help in the way of error messages/google searches for other people’s fixes, and with an increasingly frustrated customer wanting to know how long you’ll be. And another half-dozen customers waiting to hear if you’ll get to their home today.

In desperation to crack the problem we’ve done deals with different installers, meter manufacturers, etc., and while this has given more options for success it also opens up massively new combinations of error.

We’ve also spoken to about a dozen rival energy suppliers to swap learnings and compare notes.

We hosted a massive meeting of the entire supply chain - manufacturer, comms provider, software connector developers, DCC and more, along with our technical people - sitting everyone in the same room while an engineer installed a meter - and had each party watching their own systems to trace the status. Like NASA mission control with each party able to declare success or failure at each stage of the install. Everyone was incredibly patient and helpful, but it didn’t crack the issue. 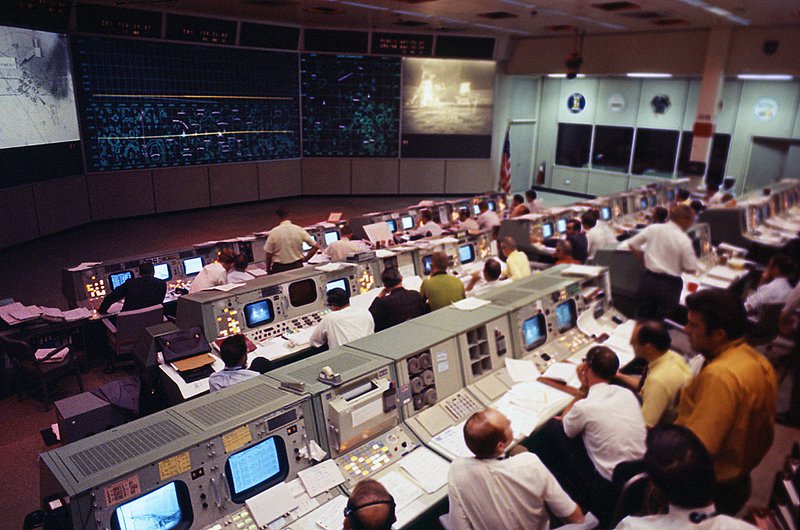 The team monitoring a meter installation

So we’ve had daily guided installs, all day if necessary, with every party on the phone while we monitor a single install. We’ve discovered many important quirks. For example, it turns out that the order in which each device in the home is booted, and how long between each stage, is critical. Get it wrong, and the whole thing has to be done again - or worse, the equipment can end up “bricked” - literally unusable and needing to be replaced.

Finally, after many people working the equivalent of hundreds of days painstakingly monitoring and problem solving, the team identified an astonishingly hard to find issue:

The top layer of meters in the pallet didn’t work.

Now, a pallet contains hundreds of meters - and when they arrive in the warehouse they are loaded in small batches into vans. By this point it’s not at all obvious from which position on the pallet the meters originated, so by the time we’ve got everyone monitoring the install no-one would even think about the position in the pallet as a variable.

But the caring, observant, determined engineers at Octopus Energy Services (our new meter installation business), and the rest of our team, raised this as a hunch, having noticed that when they were picking up new meters from lower down the pallet they seemed more likely to work.

The manufacturers test the top layer of meters before they leave the factory. Typical good practice to make sure a batch works.

But under the SMETS2 security protocol, it seems that a meter which has been tested will no longer work – possibly never again.

This is just one of the many details of the protocol which emerge as we undertake the rollout. In this case, it’s the equivalent of a digital tamper seal. It may or may not be an optimal security solution - there are other anti-tamper digital security solutions where testing would be possible - but as with so much new technology, such features only become visible when the products leave the lab and enter the real world.

The top layer of a pallet is over 100 meters - so this is a pretty big issue.

Now we know this, we can eliminate one variable in our quest to drive reliable installations.

We’re told that this may help resolve at least one industry-wide issue - indeed, within hours of us sharing this, several other energy suppliers, including some of the Big 6, realised they seem to be suffering from the same problem.

(a) I see tweets and receive emails from frustrated customers who want to know why we are not able to give a timeline for full-scale reliable installs, and I want to give an insight into the “unknown” issues - and how hard the team are working to resolve them

(b) The work the team do to unearth issues like this is incredible, and needs recognition

(c) I hesitate to be optimistic (I’ve been wrong too often for that!) but this may be a significant step to being able to up the scale of our rollout

(d) I want to address a couple of consequences:

The first consequence is that while we have issues like this we can't press the accelerator on our smart meter rollout, as our customer custodianship means that we try not to do things which will lead to failed installations, re-visits, cancellations and so on.

The second consequence is the distraction of the team - while they're focused on fundamental issues like this, they're not able to devote as much time and effort as we'd like to enforcing appropriate oversight of contractors to ensure they always turn up when they say they will, and keeping customers informed as well as they should. As soon as we have issues like this out of the way we'll be able to become as focused on excellent experiences for customers in metering as we are in everything else.

The smart meter programme is critical in delivering a smart grid, enabling us to move to an affordable, equitable green future. We love smart meters. We create more products and services that rely on them than any other energy company and espouse a future which is built around them. That’s why we blog about the challenges as well as doing enormous amounts of work to promote the opportunities they afford.

The smart meter rollout has been successful - in just a few years, many millions of homes have received smart meters. The transition from 1st Generation (SMETS1) to 2nd Generation (SMETS2) does cause some uncertainty, but we're working night and day to minimise disruption for our customers.

I hope insights like this help increase confidence that people are working hard to make sure your meter will be reliable to install and operate - rather than the commentary from some of the naysayers. I'd also like to acknowledge assistance from key people at DCC, Telefonica, TMA, CGI, BEIS and a host of others including Magnum, British Gas, Co-Op and Robin Hood (no offence if I've forgotten anyone else).

Finally, it's worth noting that this all applies to the Southern SMETS2 network (essentially south of the Midlands). The Northern area - including Scotland - is on a different network which is experiencing other issues and so any acceleration won't yet apply there.