OctopusWatch: a new app that makes navigating smart energy easier than ever

What do soap, ice-cream and smart energy have in common? There’s an app for that!

Octopus customer Kim Bauters is a civil engineer and computer science PhD, working part-time as a senior researcher at the University of Bristol. He develops apps with a focus on artificial intelligence (AI) that help make everyday life easier – like Soap Genie, which is designed to lend a hand if you fancy making your own soap, and Gelato, which will help you whip up the perfect batch of ice cream.

Now, Kim’s turned his app-making eye towards Agile Octopus with OctopusWatch, an app that helps smart energy customers make the most of our cutting-edge time-of-use tariff... 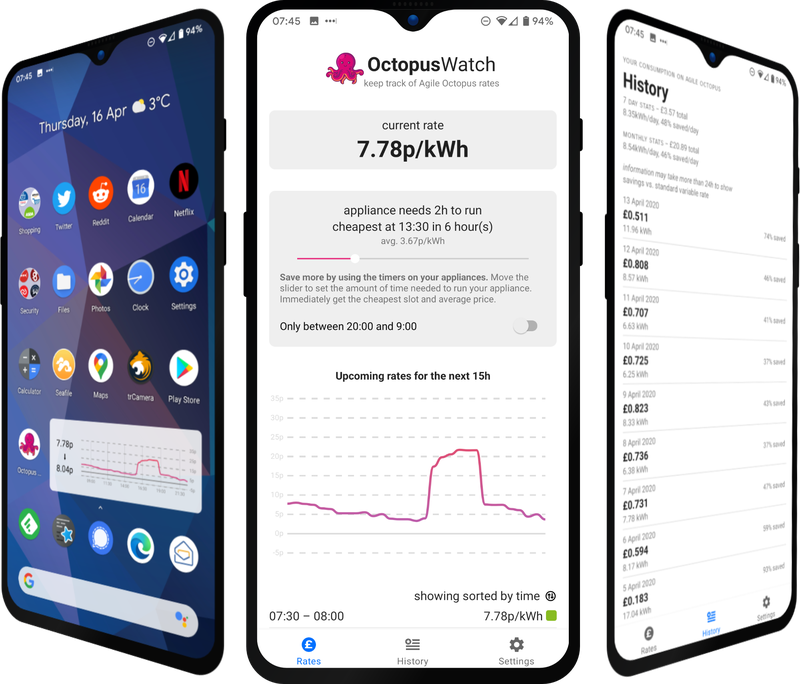 Kim came to Octopus for the high standard of customer service and low prices – and quickly discovered our innovative smart tariffs like Agile Octopus. As (I’m sure he won’t mind me saying), a bit of a tech geek, he was pretty intrigued by the potential for customising and gamifying energy using our open API.

OctopusWatch applies its AI know-how in various ways; helping the user find the cheapest times, updating the app with the latest rates, and keeping both data and battery use at an absolute minimum. Some other ideas are also being toyed with: for example, could the app roughly predict the rates of tomorrow before they’re known, or could it tell us how green the electricity grid is right now based on the current prices? 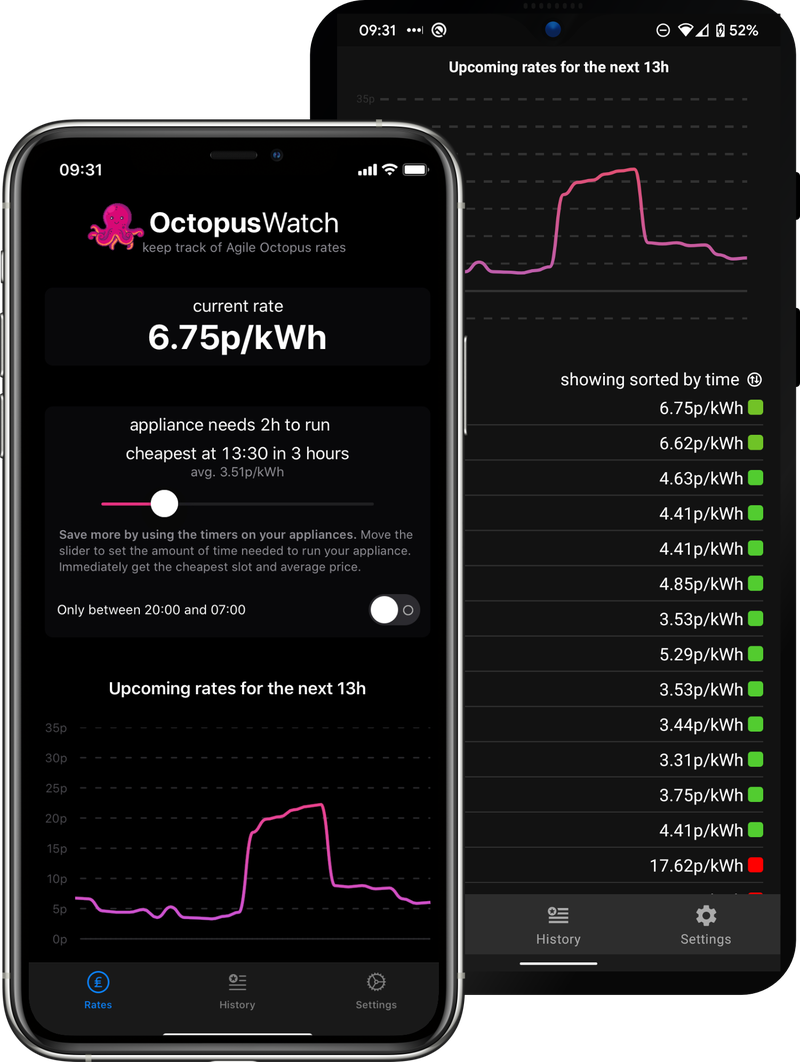 We LOVE early adopters who tinker around on the bleeding edge of smart energy, coming up with smart ways to maximise the greenest, cheapest energy available in the UK. We fully encourage this kind of creativity – we want to decarbonise the energy system through tech, and it’ll take a collective effort and lots of bright ideas to do it. That’s why we make thousands of rows of historical pricing data available (and personal energy consumption data in half-hourly blocks) to customers who want to ‘take a look under the hood’ and build their own smart home hacks and integrations.

Is OctopusWatch available on my device?

The Android app is now out! You can find on the Google Play Store, and the Amazon App store. For those already using the iPhone/iPad version the app is about to add Siri integration as well. Through the Shortcuts app you'll be able to set up your own Siri interactions by asking questions like “What is the current rate?” What’s more, these interactions can be customised.

With the next update – which will be released soon – you’ll be able to create your own interactions such as “When should I run the dishwasher?” or “When is the best time to charge the car overnight?” In addition, both the Apple and Android version have been improved from the bottom up to ensure the data is always up-to-date, meaning less delays between the information appearing on the API and in the app. That way, users can immediately see how much they saved with all the recent plunge alerts! 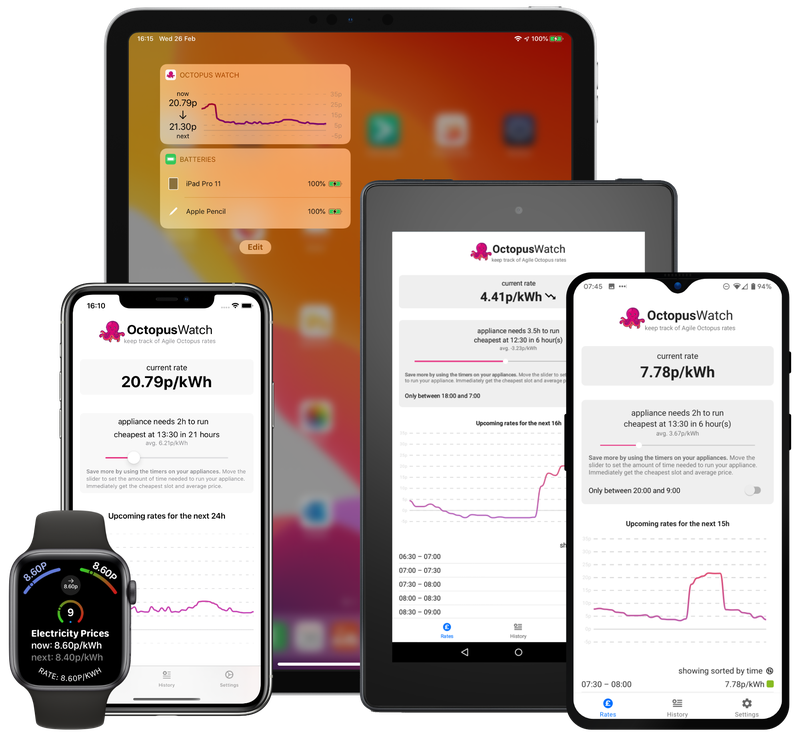 What’s next for Kim?

Kim’s also exploring thermostat control and is particularly keen on digitising room Thermostatic Radiator Valves (TRVs), having made his own TRVs and thermostat controls. Watch out for the book launch and open-source designs and you’ll soon be able to create your own optimised heating!

Back to Blog More on Tech