Meet the team behind our latest innovation: The Electric Juice Network

Forget how many people it takes to screw in a lightbulb, how many developers does it take to build an industry changing tech platform that will revolutionise electric vehicle (EV) charging and equip the country with a vital tool to embrace a Net Zero future of transport?

This was the question we asked as we banded together a small yet dynamic team of UX designers, mobile app developers and back end developers to build our revolutionary new product: The Electric Juice Network (EJN).

We are super excited about this new creation which is solving the biggest problem for every EV driver on the road to date: charging on-the-go has previously been a huge headache.

There are loads of different charge point operators out there today, and before now each one has required a different app, card, and account to use their public charging facilities. We recently spoke to an EV driver who presented us a whole filo-fax of different cards that he had to keep on him, just to make sure he could charge at all the different networks he would come across when driving long distances.

It’s one thing for die hard battery heads to wade through this assortment of different charging apps and services, but as the ban on petrol and diesel cars creeps ever closer (by 2030 it is going to be illegal to sell them in the UK) and EVs become much more commonplace, we realiSed that it just didn’t cut it any more for the common driver to muddle through an onslaught of different networks, each with its own payment and usage system.

EJN is basically a great unifier, we are partnering with as many charge point operators as possible to provide you with an easy way to pay for all your EV charging on the go. What’s more, our new team have developed a game changing app which lets you know where your closest charge points are, along with loads of other great functions like telling you the charging speeds, socket types available and price per kWh. If you are an Octopus Energy customer, you can also pay via your energy account.

With over 14 charging partners already signed up and more on their way to joining, let’s meet some of the people making EJN a reality. 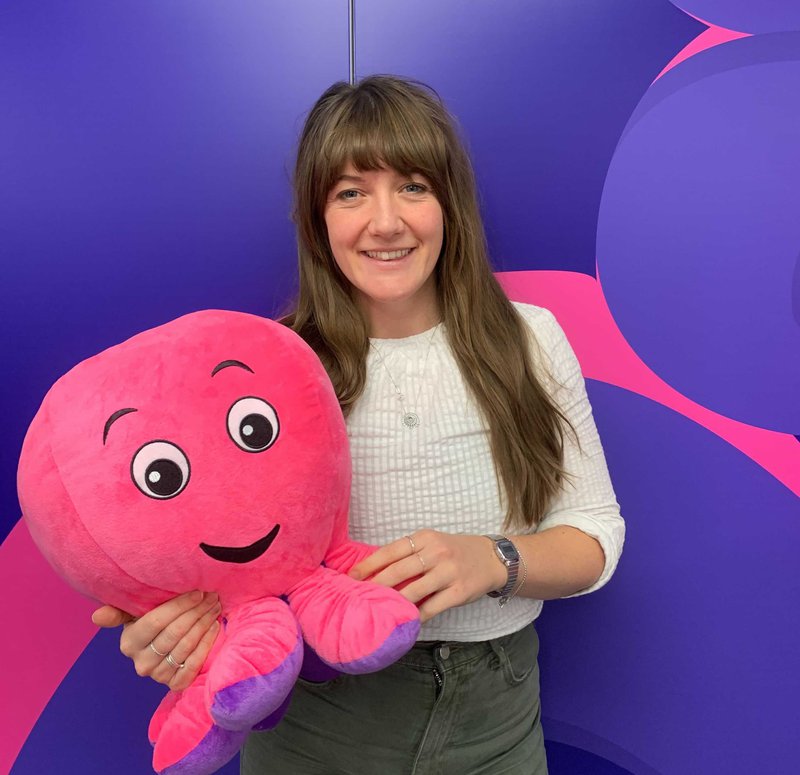 Alice heads up our Electric Juice Network team as the product manager. Similar to a conductor in an orchestra, she keeps everybody on time and working together so that they can deliver something beautiful. I caught up with her to chat a little bit about her role.

How would you explain your job to a 12-year-old?

I am a technical product manager, which means organising what each of the team members will be doing whilst also planning ahead for the product.

Each part of creating an app is split into manageable chunks so we can focus on getting individual parts of the product finished and iterated on. Iteration means continually creating new and improved versions of the parts and building upon what we have learnt. I am also the voice of the customer, finding out what people really want from an app like this and refining our design in response to that.

Where do you see EJN going next?

More networks on the app and more customers using it! We already have over 4,000 people using EJN, and this is before we have done much explicit promotion of it, so I am very excited to see how it continues to grow.

Tell us a bit about the team?

It’s a combination of designers, mobile app developers and back end developers working together to make stuff awesome. We are a tight knit team and communication is one of our greatest strengths, we are constantly discussing the design and how the app should look or feel.

What is your favourite Octopus Slack Channel?

It has to be #houseplants, where everybody shares their house plant conquests. It’s very wholesome content. 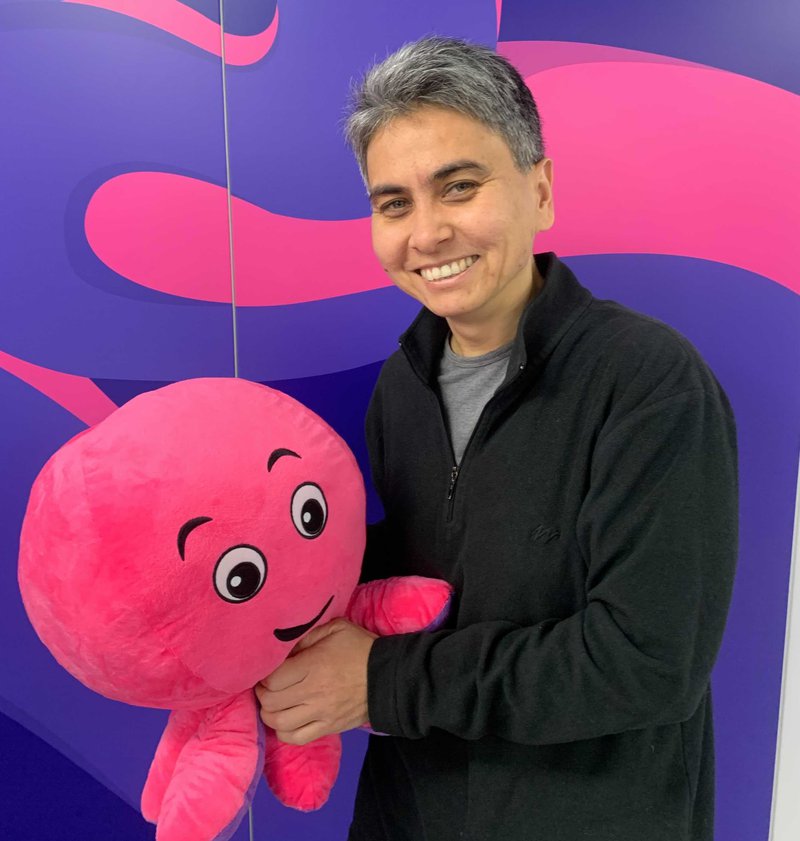 Jo is EJNs in house Android developer, programming the app so that it can run smoothly for everybody who is team Android. We sat down for a virtual coffee and a chat about her work.

How would you explain your job to a twelve-year-old?

You know those apps you use like Instagram and TikTok? I’m building one of them, but for electric vehicle charging.

Is there anything you have worked on in the last few months that you are particularly proud of?

I’m proud of everything to do with EJN. Because we are building the app from scratch, we have the freedom to do things that would be much harder to get buy in for if you are working on an established app. We are using Jetpack Compose for instance which is an incredible new and dynamic framework for Android development. With an established app that has old code, it would be much less likely that we could adopt these kinds of new emerging frameworks.

Can you tell me a little bit about what led you to Octopus?

I didn’t start in IT at all- I did a biochemistry degree and then a PHD in molecular genetics!

After working in research for a few years, I decided I wanted a career in a different sector and programming really aligned with my love of problem solving and logical thinking. I managed to get onto the British Airways grad scheme, programming their website. From there my knowledge and skills grew over the years and I started working on a number of different apps. One day I accidentally picked up a call from a recruiter thinking it was a colleague ringing me back, and they posed the idea of joining the team at Octopus. I was immediately attracted to a job where I would actually be able to see the positive impact being made on the world, so I went for it and here I am!

How are you finding working on this EJN project compared to your previous roles?

Oh, I’m loving it. I really like the “can do” attitude of the team, it’s a really positive atmosphere to work in.

You are a female senior developer in a typically male dominated working environment, what challenges has that brought?

I’m lucky because I’ve worked with some really good guys, but it can still be quite intimidating being the only woman in meeting rooms full of men. It’s important to find the right team and to work with people that make you feel comfortable and heard.

Have you got any advice for others who want to become app developers but don’t know where to start?

There are a lot of resources available for people who are interested in app and web development today, so try things out like meet ups, bootcamps, online courses and finding mentors.The rate of progress in programming and development is exponential, so it’s never a boring industry. If you like learning and you like doing new things, it’s the perfect job for you. 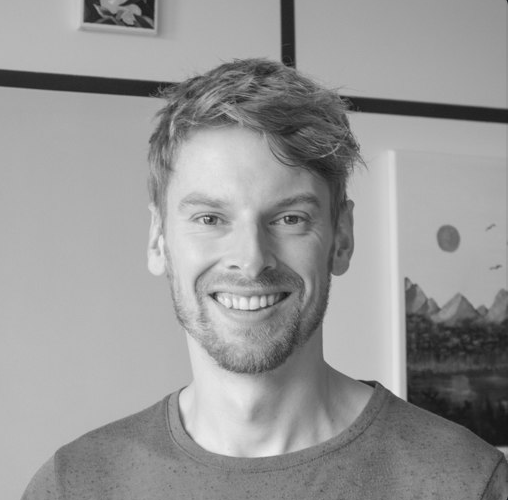 Ian was the first member of the EJN team and he has been an integral part in the building of the mobile app. We had a quick chat about how it’s been watching the team grow.

What were you doing before Octopus?

A couple of friends and I set up a mental health app. We spent a year developing it, releasing it and acquiring a big spike in users. It’s still up and available on Android.

What attracted you to Octopus?

Definitely the focus on renewables. When I first left university I tried to get a job working for a renewable energy company but nobody wanted me because my training was in chemical engineering, so I actually ended up working for an oil and gas company for a bit… Luckily, now that I have retrained as a mobile developer I can atone for my sins, finally getting my chance to work in sustainability!

What is your role within the team?

I started out as a bit of a jack of all trades helping to set up the team, but now I can focus on mobile development, specifically Android and IOS.

How are you finding the company culture?

It’s awesome! It’s the coolest company I’ve worked for, everybody is super friendly and it’s great working for a place that doesn't feel like it has a rigid hierarchy. I love the freedom I have to make my own decisions when building something. 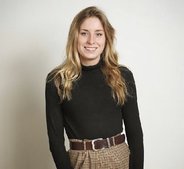