The ultimate guide to reading your meter, whatever type you have

If you already know what type of meter you have, skip to the right guide for taking a reading here:

Help me take readings from my traditional non-smart meter Generally ones with dials, or an analogue meter display

If you have a smart meter...

I'm not actually quite sure what kind of meter I have...

Why do I have to give meter readings?

If you’ve got a traditional analogue energy meter (not a smart one), you’ll need to send in regular meter readings so we can work out how much energy you’re using. Smart meters remove the need for meter readings (they send readings to us automatically) but there are a handful of situations where you might still need to take a manual meter reading from your smart meter.

Electricity and gas meters come in several different shapes and sizes, so before we can tell you how to read your meter, it’s important to work out which type of meter you have.

What kind of meter do I have?

All households had meters like this up until a few years ago, when smart meters began being installed.
If your meter haven't been changed since before 2017, and either has dials or an analogue meter display with 4-6 black and white (and some red) numbers, you have traditional meters.

Here's how to take readings from traditional analogue meters

There are two different generations of smart meters – SMETS1, the earlier version, and SMETS2, the latest version.

To be 100% sure which one you have, the best way to find out exactly which type (and brand) of smart meter you have is to contact the energy supplier that installed it. If that was us, don’t hesitate to get in touch!

We installed Secure™ branded smart meters up until 2018, they have 'Secure' logos on the front. (Secure™ also supplied meters to Utilita, Shell, OVO, E.ON and Bristol Energy - so if you have a first generation SMETS1 smart meter from them and it’s a Secure™ meter, this section is for you too!)

If you're still unsure, the easiest thing to do is get in touch!

How to read an older, analogue meter

Write down the five numbers as they appear. Ignore the red one.

This is for those of you on two energy rates for different times of the day. The cheaper one is on top.

Write down the five numbers as they appear, ignoring the red ones.

Some dual meters have a single display where you might have to press a button to view each rate.

Here you’ll see five dials, each with numbers 0 to 9. There may be a sixth dial on the right, sometimes in red, or with 1/10 next to it – ignore this.

Like electricity, there are a few different types of gas meter, but they’re all fairly simple to read.

Write down the first four numbers as they appear. Ignore the red ones.

Write down the first five numbers as they appear – ignore the numbers after the decimal point (sometimes in red).

There might be more than four dials, you only need to read the bottom four.

Write down the numbers closest to the pointer, as they appear. If it’s between numbers, put the lower number, but if it’s between 9 and 0, write 9.

To take a manual meter reading on a standard electricity tariff:

To take a meter reading on an Economy 7 electricity tariff:

For a smart gas meter, do the following:

How to read a first generation (SMETS1) non-Octopus smart meter

At Octopus Energy, we can automatically read all second generation (SMETS2) and we can also read Secure™ branded first generation (SMETS1) smart meters. But if you switched to Octopus with a different brand of (SMETS1) meter, your meter will no longer be smart (and we’ll be unable to take automatic readings). This means you’ll currently have to take manual meter readings (although we’re currently working alongside other industry experts to remotely upgrade all first generation meters, so that they become ‘smart’ again!)

For the time being, here's our ultimate guide to taking manual readings from a non-Octopus first generation (SMETS1) smart meter:

Your electricity reading will be a number followed by “KWH”. We don't need the numbers after the decimal place.

If your meter has more than one unit rate (for example, if you're on an Economy 7 tariff), you'll have to take a reading for each rate. The two readings will appear one after the other — generally followed by “R1” and “R2” (Rate 1 and Rate 2). There is no set rule as to which one is your peak rate reading and which is your offpeak. Your meter might have a sticky label indicating which is which, though.

After R1 and R2, a third reading might appear onscreen — “T”. This is the total of your peak and offpeak readings combined. You don't need to give us this one.

If your meter has A and B buttons:

If your meter has a green A and a white B button:

If your meter has three unmarked buttons:

If your meter has an orange button and a blue button:

*If your meter has two buttons marked Reconnect and Display Select:

Your gas reading will be a number followed by “m3”. We don't need the numbers after the decimal place.

If your meter has A and B buttons only:

If your meter has three square red buttons (they might be labelled A, B, and C):

If your meter has a left arrow, a circle and a right arrow:

If your meter has orange and blue arrow buttons:

How to read a second generation (SMETS2) smart meter

If you're switching to Octopus and already have a second generation (SMETS2) smart meter, we'll soon be able to connect to your meter and take readings automatically, but your very first reading needs to be sent manually.

There are a few different brands of SMETS2 meter – you'll be able to tell what yours is based on the logo on the front.

How to read your Aclara SMETS2 electricity Meter:

To read your Aclara electricity meter, press 'A' to wake up the screen. After this, continue to press 'A' to cycle through the different options until you see 'Total Active Import'. Once you get to this option, you should be able to see your electricity reading. 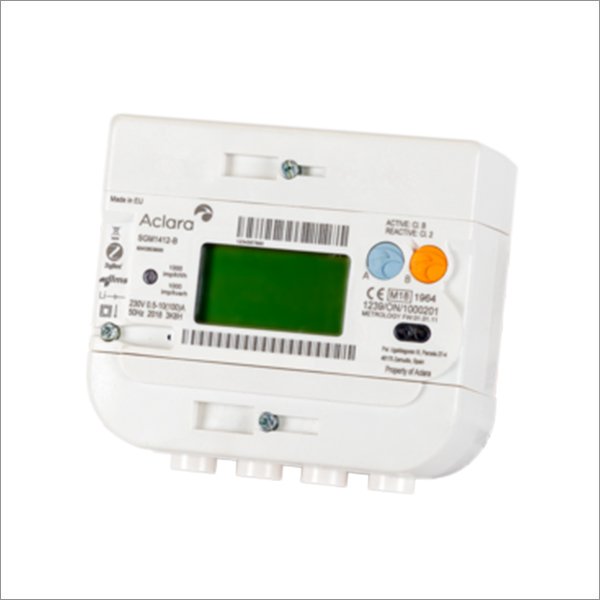 To read your Aclara gas meter, press the middle button once to wake up the screen. This should automatically reveal your gas reading.

How to read Landis and Gyr SMETS2 Meters:

To read your Landis and Gyr electricity meter, press 'B' to light the screen up. You should be given the option for a meter boost - press 'A' to select 'No', and then you should be able to see your electricity reading. 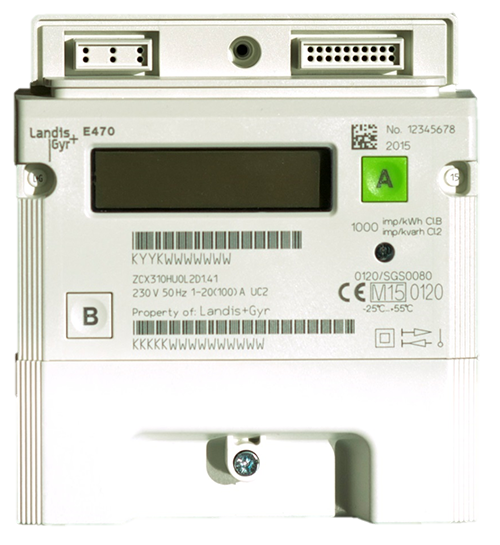 If you have a two-rate (Economy 7) tariff with this meter, to get your reading:

To read your Landis and Gyr Smets2 gas meter, press either 'A' or 'B' to wake up the screen. This should automatically come up with your gas reading. 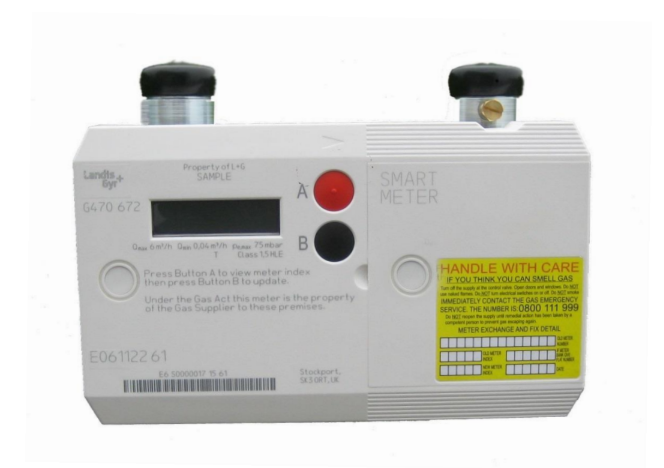 How to read your Kaifa MA120 SMETS2 Electric Meter:

This meter does not require 'waking up' and uses a default auto scroll mode, cycling through its four screens. It will cycle through to the screen with your meter reading on automatically. 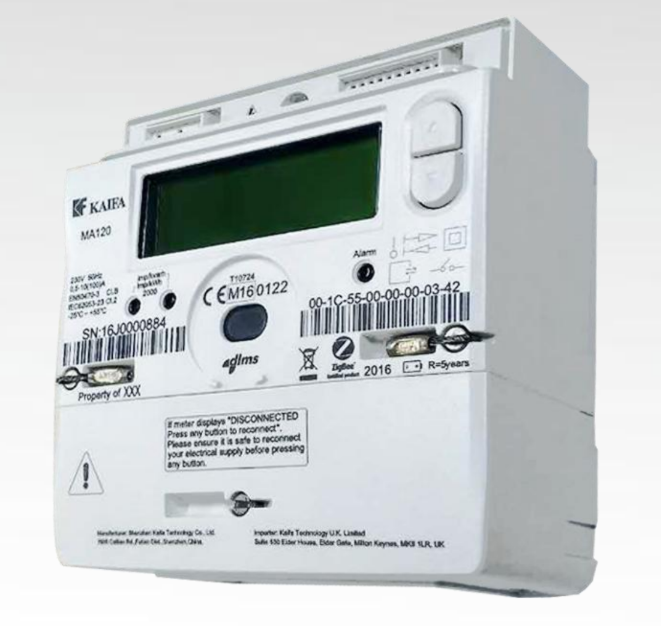 When reading your Flonidan smart gas meter, your meter reading should be displayed automatically on the default screen. It should be a number preceded by a large 'V' and followed by 'm3' If you have cycled off that screen, you can use the 'left' and 'centre' push buttons beneath the screen to cycle back to it. 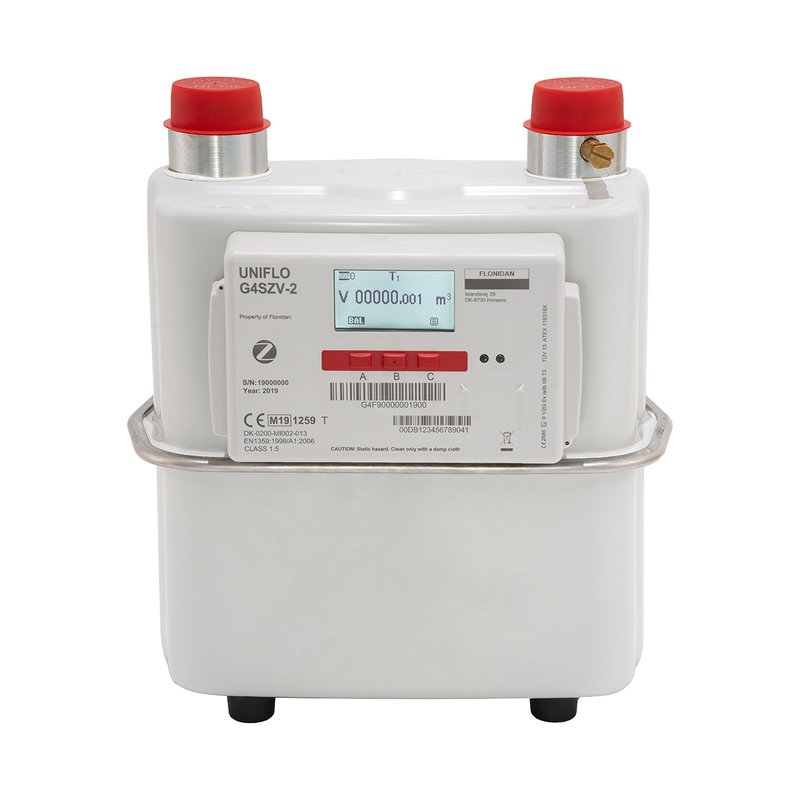 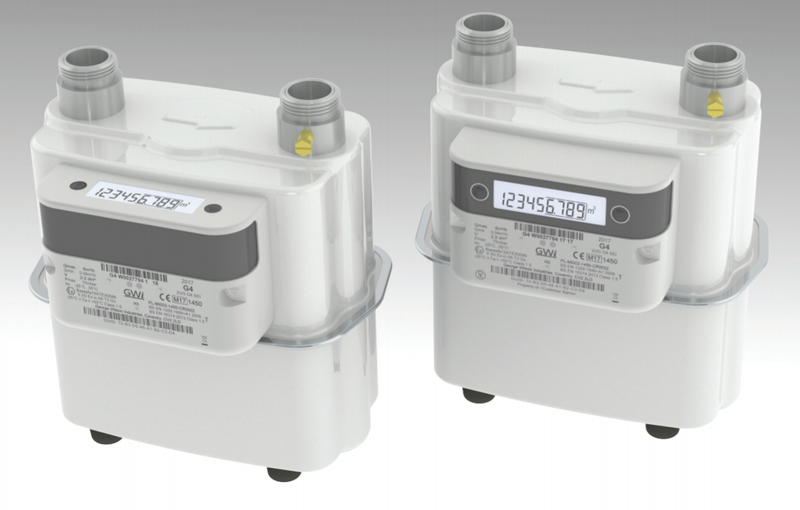 We understand that meter readings can sometimes be a little fiddly, so if you need a hand, don’t hesitate to get in touch!