Cut the crap: the vegan case for anaerobic digestion

At Octopus Energy, we’re committed to building a business that’s better for our world. Our electricity is 100% renewable. We plant trees around the UK in their thousands to combat, and draw attention to, the devastating effects of air pollution. We partner with charities like Renewable World on carbon offsetting the natural gas used by our SuperGreen customers – from reforestation projects to bringing renewable energy technology to communities with limited access to power.

All of this is to say, we take our remit to make sustainable, environmentally conscious decisions, very seriously.

Some debate has been circulating in the past few months about the impact of energy production on animals, and the use of animal products in the generation of some types of energy – specifically, anaerobic digestion.

2020 update: Our current fuel mix doesn't contain Anaerobic Digestion, but this varies regularly, and we still believe the environmental case for AD is very strong. Read away...

Grace is an angel fighting like the devil for our sustainable, animal-friendly future. She handles communications for the UK Youth Climate Coalition, and was a key organiser of the recent Zero Hour March, a youth-led, pacifist march for action on climate change.

Grace joined Octopus six months ago. Previously a barista at our founder Greg’s favourite cafe, she was drawn into the Octopus fold after a number of spirited environmental debates with him across the coffee machine. True story.

The phrase ‘vegan energy’ has been on everyone’s lips for the past few months. You may be one of the many people who curiously dashed to Google not so long ago, eager to find out what exactly offering vegan energy might mean. The energy central to this discussion is anaerobic digestion (AD).

So what is AD, and more to the point, is Octopus vegan?

Here at Octopus, we receive quite a few enquiries from curious vegans about the little-known fuel source. As a renewable energy company, Octopus gets its energy from a myriad of sources. These include solar, wind, marine, wood and, of course, anaerobic digestion. Though our exact fuel mix varies day-to-day, the amount we take from AD averages around 49% *[2020 update: our fuel mix currently doesn't contain anaerobic digestion]. Unlike solar and wind energy, AD isn’t weather dependent, so ensures we can provide clean, green energy even when the sun isn’t shining.

Anaerobic Digestion produces energy by heating mainly biodegradable materials — ‘feedstock’ in AD terms — like animal (and even human) manure, food waste, agricultural crops, and their byproducts, in an airtight container. The resulting biogas is burned for fuel.In our early days, Octopus Energy was contacted by a less-than-happy vegan customer who questioned our use of animal products of this type in our fuel mix. As a result, we removed any animal-containing food waste and farm waste from our process.

We still use animal slurry as part of our anaerobic digestion feedstock, though. And there’s a good reason for this.

Animal slurry is more harmful to our planet, to animals, to all of us — when left to break down naturally

Anaerobic digestion is an effective way of disposing of waste that would otherwise contribute to further pollution. As animal slurry breaks down naturally, it produces huge quantities of methane: a toxic gas and direct contributor to climate change. Burning AD biogas turns this harmful greenhouse gas into CO2, feeding back into a natural carbon cycle.And though many of us agree that animal products shouldn’t be sold for human consumption, at the moment, these products comprise giant industries producing an enormous amount of waste. Finding a clean and productive way of dealing with this waste is a really important step toward combating further pollution.

Plus, AD actually reduces the number of chemical fertilisers used in breaking down animal slurry. Many of which play a big role in the destruction of bees — a vital part of our ecosystem! Whilst we fully support the efforts of those who are vegan, and are happy that this still quite niche way of life has come into mainstream discussion, this recent discussions poses a bigger question:

Can any energy supplier ever be truly vegan?

As we have seen through the climate chaos of the past two decades, the knock-on effects of our ways of life are often only seen years, decades, sometimes centuries down the line. The global addiction to coal and oil over the past few centuries led to consequences that we are only just starting to see today, from natural disasters to unpredictable weather patterns. If we were to analyse, say, wind power over a long period of time, would we not have just as big an argument against it being vegan? And if we assessed the environmental impact of the almond farming market, as many are already doing, we would no doubt start to question how truly vegan anything really is.

So, we are not labelling ourselves as a ‘vegan’ energy supplier.

But we don’t want you to stop caring! Reduce your plastic waste, use public transport, change your eating habits…or perhaps join a renewable energy supplier!

Some of these were too good to go to waste, if you'll excuse the pun. And if you could excuse that, lock in. There's more 💩

Can we slurry your favour?

Anaerobic digestion: the only good time to be a wasteman

Slurry up and take my money!

Why polish a turd, when you could burn it? 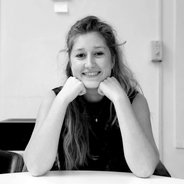