Batteries included: meet the cars of the future

Very soon, don’t be surprised to find you’re “plugging in” instead of “filling up”.

With the Model 3 all-electric car, Tesla Motors, headed by tech superstar Elon Musk, has thrown the gauntlet down to a stagnant industry – and its rivals are catching up.

Electric vehicles (EVs) are about to turn the transport industry on its head.

Changing the world one Master Plan at a time

For a long time, EVs languished as a niche market for the wealthy and environmentally-conscious. They were quirky, geeky bits of tech that illustrated nice ideas but little practical value. In short, they weren’t considered “real” cars, and didn’t appeal to the average driver (nor were they designed to).

Back in 2006, when Elon Musk revealed his not-so-secret Master Plan, the most popular “electric” vehicle was the Toyota Prius – a hybrid that combined its internal combustion engine with battery power for greater fuel efficiency. While this meant lower emissions and more miles per gallon, it was really just a toe in the water.

Tesla jumped in at the deep end. They wanted their car to smash performance records while being exclusively powered by electricity. By doing this they’d shatter preconceptions and prove EVs as vital to a low-carbon future as renewable energy. The ultimate goal was to build an EV that catered to everyone, but this needed money, and the experience gained through iterative development.

First, they built an expensive car, the Roadster, and sold it to rich tech enthusiasts. From the proceeds, they built a less-expensive car with wider appeal – the Model S (currently the most popular EV in the US). Finally, these sales funded the Model 3: a compact saloon that would make sustainable transport a reality for everyone, not just a wealthy elite.

So far, Tesla has made good on its promises. The top configuration Tesla Model S P100D with the Ludicrous+ update is now the fastest accelerating production vehicle on the planet. And the Model 3, a compact sedan that’s sold out until 2018, brings together over ten years of technological innovation into an affordable (starting at £24,400) and practical (base range of 210 miles) package for the everyday driver.

Tesla’s unprecedented accomplishments created a shockwave through the vehicle market, forcing other manufacturers to up their game. The Nissan Leaf, BMW i3, and the Renault Zoe provide all-electric alternatives at prices commensurate with those of their diesel/petrol counterparts. While their performance lags behind Tesla’s – at base configuration range the Leaf gets 107 miles on a single charge while the i3 does better at 124 miles – the competition helps drives down prices, allowing customers to choose the EV that’s right for them. 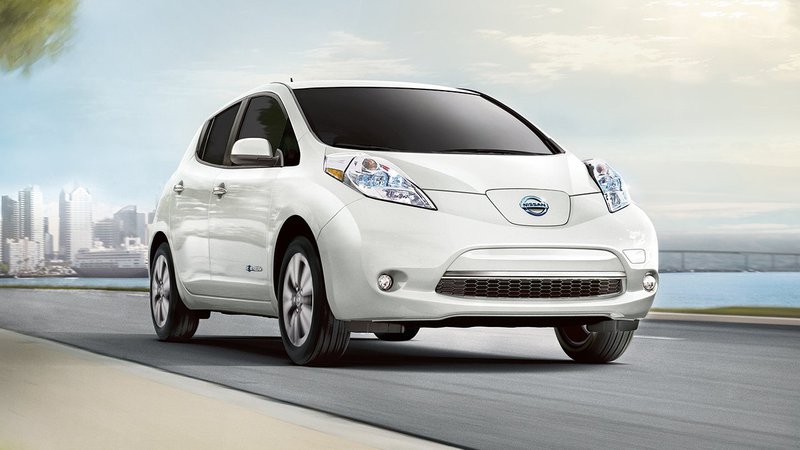 Aside from the environmental benefits of an emission-free vehicle (the emissions created in its production are compensated for within a year or two of use), they’re simply fantastic cars.

They’re quiet, efficient, include incredible software (some will even drive your car for you!), and need a lot less maintenance than non-electric vehicles. More importantly, they are very, very cheap to run. Here’s an example.

The 2017 Nissan Leaf comes with a 30 kWh battery at standard configuration. Assuming you don’t top up your “green” vehicle with “dirty” generation, you might pay a unit rate of around 13p per kWh for our Green tariff (London area, April 2017). That means you pay just £3.90 to charge the battery. Even if you deplete the battery every week by driving the full range of 107 miles, that’s still only £15.60 a month, and you can squeeze even more out by making changes to the way you drive.

Let’s take another example. If you can wait until 2018, buy a Tesla Model 3 and you’ll get around 215 miles on a single charge from a rumoured 60 kWh battery. To charge the battery you'd pay £7.80. Assuming you’re driving the same 107 miles per week (as in our example above), you'd only need to charge twice a month due to Tesla’s larger battery. And you get a month's driving for the same cheap rate of £15.60. What petrol or diesel-powered car can match that?

And imagine never having to visit a petrol station again. Instead, you charge your vehicle at home – do it overnight and it’s ready for you in the morning. Or, use one of the 4,284 charging stations dotted around the UK to travel longer distances. Rapid chargers, such as Tesla’s Superchargers, are located in 694 different locations, and will charge you from 0 to 80% in less than an hour (typically half an hour). 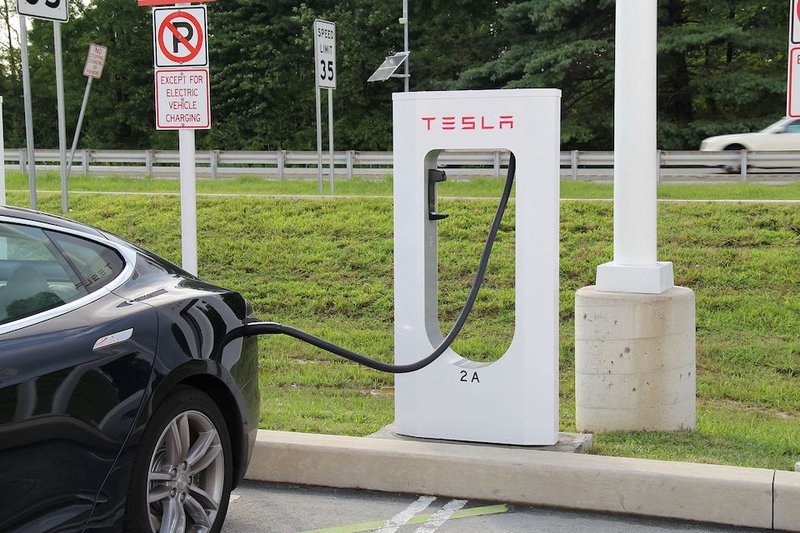 But perhaps the biggest advantage comes in the part they’ll play in our move to renewables. As we generate more energy from wind, solar, and others, having a convenient, localised storage solution would help smooth peaks in generation, lessen wastage, and allow individual owners to sell stored energy back to the grid.

One of the difficulties of a power grid is making sure we meet demand with supply with little or no overspill. With renewables, storage is key – especially at night when we typically use less. When generation outpaces demand, the smart grid could take advantage by charging your EV. When demand outpaces supply (the interval of Eastenders, for example), you can choose to sell some of your EV’s stored energy back to the Grid, while still having enough to drive the next day.

Having a network of EV batteries around the UK helps us manage energy better, and combined with a smart grid and renewable generation, we get a flexible and responsive energy system in the UK – without the damaging effects of CO² emissions.

EVs have come a long way. Tesla’s reinvention and execution of the all-electric vehicle has rewritten the rules of what a car can do. It’ll be a while before EVs replace non-electrics entirely. There are still a few kinks to iron out, such as building the infrastructure for an entirely electric transportation system and finding a suitable replacement for large commercials, but momentum is building.

And for those that want them, the cars of the future are already here.