Octopus Energy to rapidly repower up to 1,000 existing wind turbines in the UK through EWT partnership 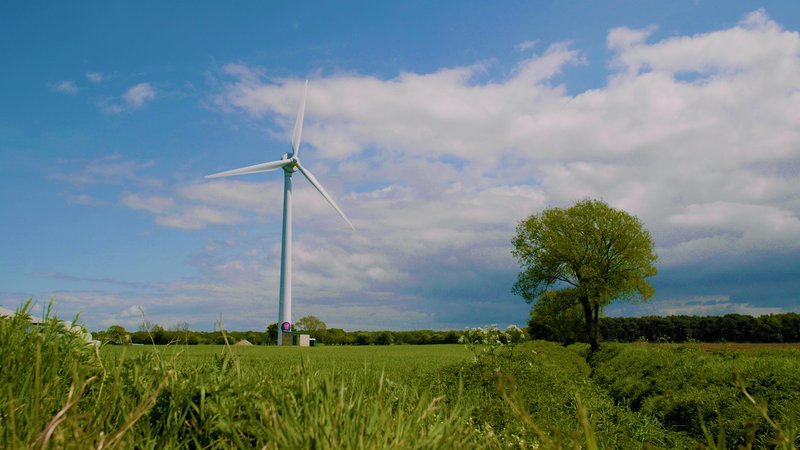 London, Monday 1st August 2022 - Octopus Energy Generation, one of Europe’s largest investors in renewable energy, is partnering with turbine manufacturer EWT on ambitious plans to repower up to 1,000 existing onshore wind turbines in the UK to help boost energy security.

The older wind turbines Octopus and EWT identified are located across England, Scotland and Wales, and have already been powering communities for years. In total the UK has approximately 9,000 onshore wind turbines*. By increasing the green generation capacity of around a tenth of these, there’s potential to power hundreds of thousands more homes with new cheap, green energy, and drive down energy bills for more people.

Under Octopus and EWT’s plans, they will upgrade these wind turbines to more powerful and tech-enabled ones. The new EWT wind turbines will range from 250 kW - 1 MW. Work begins this Autumn and they aim to be finished by 2030. Starting in the UK, they’re looking at working together on similar projects in other European countries in the future. In this partnership, they’re exploring a range of ways to increase the green power generated by existing onshore wind turbines - from fitting larger turbine blades, to replacing whole wind turbines and large wind farms.

EWT is one of the pioneers of community wind and has been providing clean and local electricity to communities in Europe and in the US for the last 15 years. Octopus has been working with EWT on two of its Fan Club turbines in Caerphilly, Wales and Market Weighton, Yorkshire. They’re expanding this relationship and are also exploring whether some of these re-energised wind turbines could be brought onto a Fan Club-style model. Octopus Energy’s Fan Club is a world-first tariff providing cheaper energy when the wind blows.

Zoisa North-Bond, CEO of Octopus Energy Generation, comments: “We need to build enormous amounts of new renewable power, but at the same time it’s a no-brainer to make better use of the UK’s existing onshore wind turbines. There’s a huge untapped opportunity to repower wind turbines that communities have already hosted for many years. This means powering even more homes with cheaper, local, green energy, helping to drive down energy bills and provide energy security.”

Carel Kok, CEO at EWT, adds: “By working with Octopus to rapidly repower lots of older turbines in the UK, we’ll help bring online much more renewable capacity. Our powerful and tech-enabled turbines are the perfect ‘goldilocks’ solution for communities. We’re looking forward to installing many more in the years to come to turn this vision into reality.”

Octopus Energy Generation manages 3 GW of renewable energy assets across Europe. It is stepping up its generation capabilities and is planning to create 18 GW of green energy generation projects across the world by 2027.

As one of Europe’s largest investors in renewable energy, its fund management specialist team launched in 2010 with a mission to accelerate the transition to a future powered by renewable energy. This team manages 3 GW of renewable energy assets like wind and solar farms across 10 countries, worth £4.5bn. These renewable projects generate enough green energy to power 2 million homes every year, and is the equivalent of taking over 800,000 petrol cars off the road. The business also launched the Fan Club in 2021, the world's first local energy tariff that provides cheaper, greener energy to customers living near local wind turbines when the wind blows, with a discount of up to 50%. Thousands of people have got in touch asking for the Fan Club in their community.

Octopus Energy Group is a global energy tech pioneer, launched in 2016 to use technology to unlock a customer focused and affordable green energy revolution. It is part of Octopus Group, which is a certified BCorp. With operations in 14 countries, Octopus Energy Group's mission is going global.

EWT is the world’s leading turbine supplier for local energy generation. The company has a turbine fleet spanning 250 kW to 1 MW, a leading direct drive technology, a strong operational track record, and a presence across Europe, the Americas, and Asia. EWT’s expertise spans mid-size projects for self-consumption and generation for direct-sale, off-grid, and microgrid solutions. EWT is also a leader in the wider distributed energy marketplace, providing development and technical solutions around the world.