The new ‘Saving Sessions’ scheme is enabled by National Grid ESO’s new ‘Demand Flexibility Service’ which allows households to get paid for shifting their energy usage out of peak times.

Collectively Octopus Energy’s customers reduced their energy demand by 112MW in the second session, lowering demand on the grid by 4% compared to the first session. Together they delivered the equivalent to all the households in Leicester going off-grid for an hour.

Across the two first test sessions, Octopus customers got paid over £525,000 collectively for providing flexibility to the grid. There will be a minimum of 10 more test sessions coming up over the winter, with more opportunities for customers to save money. Top participants will be able to earn over £100 in total.

Eight out of ten people who joined both sessions had a positive experience, and 95% would recommend it to a friend. Participating customers who took part in a survey following the first two sessions said they made simple changes to their behaviour. The most popular tip shared was cooking dinner at a different time, followed by going out for a walk and reading a book**.

The impressive results come as the government announces a new public information campaign on how to save energy this winter aimed at slashing bills and helping to free the country from the grip of global gas prices.

Alex Schoch, Head of Flexibility at Octopus Energy, said: “We are thrilled by these first results. By cooking tea a bit later or taking the dog for a walk, people could save a pound or two. The savings may be small, but just like the 20% off a pack of sausages in the supermarket, it all adds up.

“We are proud to have pioneered this trailblazing scheme which has the power to change the face of the grid forever, making energy cleaner and cheaper for everyone.”

During the session, Octopus Energy customers tweeted their support and shared the different ways they were turning down their usage: 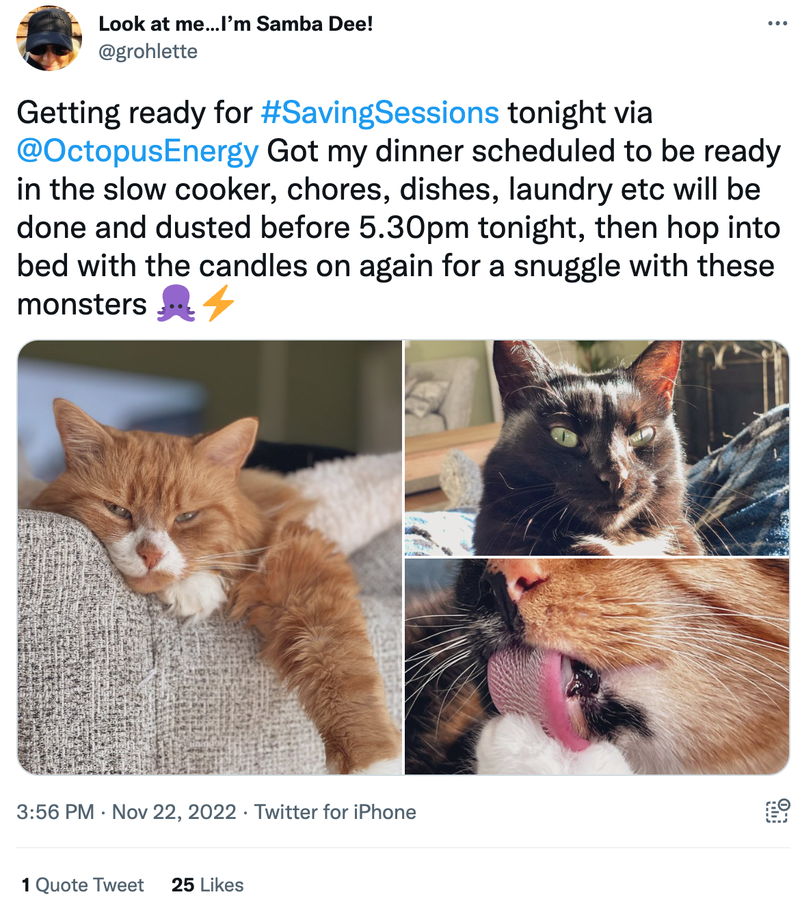 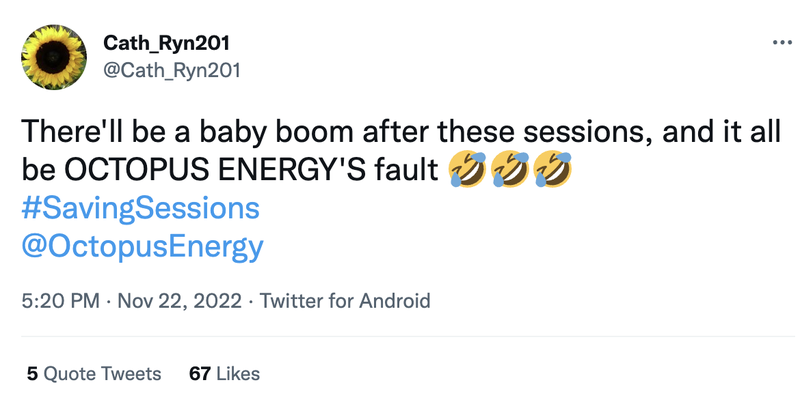 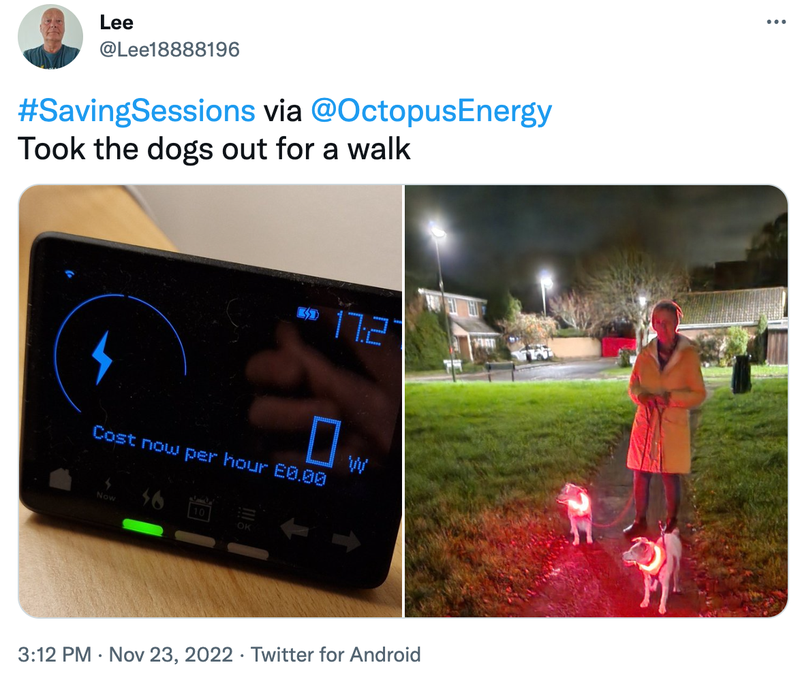 More than 420,000 customers of Octopus’ 1.4 million eligible electric smart meter customers have already signed up to the scheme, which is running from November to March next year and is still accepting new sign ups.

Octopus Energy smart meter customers who are yet to take part can still sign up for the scheme here: https://octopus.energy/saving-sessions/

*All earnings were paid in the form of ‘Octopoints’, which can be exchanged for energy account credit, cash or eventually prizes and donations to the £15m ‘Octo Assist’ fund, helping people who are struggling with their energy bills at the moment.

**Based on a survey of 2,037 Octopus Energy customers who had signed up to ‘Saving Sessions’ and managed to reduce their consumption. Research carried out on 23rd November 2022.