Greg Jackson appeared on the today programme on the 10th August 2022.

This is the transcript of the interview.

See the full interview here from 19 minutes in. Listen to the interview on Iplayer

For BBC sounds we talked, me and Greg about the need to move away from fossil fuels about the risk of blackouts this winter, about Octopus' plans to take over Bulb but first Greg told me why he thought the government needed to improve its offer of a 400 pound discount that is already announced on energy bills for each household.

When the government introduced its assistance package earlier in the year, the total cost of that was about 16 billion pounds. And since then, you know our expectation about energy bills this winter, is they are going to be maybe 500 pounds higher than was expected or more. So I think that gives an idea about the level of additional support that's really needed. If the 16 billion pound package was right previously, then clearly it's not sufficient now. And you know, we need to look at a similarly significant assistance from the government for this winter.

Do you think the government is on it right now?

Clearly, you know, we're in this state of flux with the government. And I think this needs to be the absolute top item in the in tray of an incoming Prime Minister. Tackling energy bills is critical to ensure people get through this winter.

The fact we have to wait till that moment, though, Greg, do you feel like it... Does that mean it's a zombie government right now?

I think the key is the price cap analysis come at the end of August, a new prime minister takes office September the 5th. And I think, obviously, that's going to be top of the agenda for them. I was gonna say, Shawn, I think there are two things here. The first is that it's critical that we see more support to get people through this winter. But the second thing is that it's counter inflationary if it's done right. And we can actually start to tackle inflation, as well as help people through the winter. If the government put in place the appropriate assistance programme.

How is it counter inflationary? How could that work?

If the government didn't step up to the level that you're describing is needed. What would you do as a business knowing that your customers are going through that?

So to put it in perspective, in an ordinary year, we might spend about one and a half billion pounds on the energy that we buy to supply our customers. At current prices that might be more like 9 billion. So that's the kind of extent of the issue and you know, there is no company that can tackle this problem alone or indeed working just with other companies, it needs companies and governments to work together. And, you know, we've been working with the government for a year. I think as I said, the last support package was really significant. It's just that the crisis has deepened since then, and that's why it needs revisiting.

Would Octopus Energy be able to survive the increase in predictions that we've seen from say let's take Cornwall, insights that we've talked a lot about recently, those predictions just in the last 7 days, those predictions for the price cap for the average bill in January has gone from £3600 to over £4200? Can you cope as a business with those movements without government support?

I think energy companies can cope. We're fighting here because customers won't be able to and we know just how bad this is because we have to buy the energy in the wholesale market. In the global gas market, these are the prices we faced to buy the energy for our customers. We just know that the level of increases is going to be unmanageable for so many without the right support from the government. And it's beyond what any one company can do.

So what we do is we buy the energy in advance and so the price cap methodology actually tells us what the prudent energy purchasing policy is and we follow that policy. Any prudent company does. And when you saw the companies    going out of business a year ago, that was largely where they were not following the price cap methodology. You know, this is a fossil fuel crisis. Make no mistake, the cause of this crisis is that we're too dependent on fossil fuels, often from regimes where, you know, we see what Putin is doing in Ukraine. Fossil fuels give those regimes both the funding and the leverage. We need to escape from the cost clutches of fossil fuels. And we've had fossil fuel crises periodically ever since I was a kid. And probably before that. This is different, because for the first time ever, we're sitting on the solution to escape fossil fuels altogether. Moving to a system that's powered by electricity, with electricity coming from homegrown renewables, from increased interconnection, from things like nuclear. We have the ability to build a system that isn't dependent on fossil fuels anymore, and it will be cheaper than the one we're in even before the crisis. And it will stop us being at the mercy of crises like this.

In terms of supply you know, there are reports now that the UK is planning for several days over the winter when cold weather and gas shortages might require industry blackouts, planned industry blackouts, even  households using less energy. Do you think that is a reasonable worst case scenario that that might have to happen in the UK this winter?

Every winter, the planning, the contingency planning looks at what will happen in a range of worst case scenarios. I think the reality is that domestic supply is safe and that industry from time to time sometimes driven by prices, by the way, voluntarily reduce their energy usage. So look, we have a terrible price crisis. But I think the UK is more fortunate than many of our European neighbours that we've got more resilient supply.

Is there potential that the industry might need a bailout? And I'm sort of talking about the kind of thing we saw in the financial crisis when banks were on their knees, they could not function because of what's going on. Do you feel a bailout for the industry is something that may well be on the cards in the coming months?

I don't think so. You know, the flip of this is you're seeing huge profits in the extraction companies, those that are actually taking the gas out of the ground and so what's happening at the moment is when companies are buying in advance we're buying from those companies. That means that you know, those companies are not going to need bailing out and the companies that are buying it have already bought it you know, we are buying in advance. So that's not the risk. The risk is unmanageable prices. And that's why it's so important that this is the number one item on the agenda for next Prime Minister.

Can I ask you about Bulb because that is something you know, there'll be one and a half million, give or take customers at Bulb, one of those companies, the energy supplies that went bust last year. It's created a nightmare for the government. It's costing billions of pounds in taxpayer cash to keep it going. Are you still keen to take on the businesses and customers?

I think the thing with Bulb is that the National Audit Office having said that, it already cost 1.7 billion pounds to the  government and if reports are correct, it's costing billions of pounds a year for the government to keep running that business. So I think it's obviously important for the government to find a solution. I can't really talk about Octopus' role but what I can say is that, you know, Bulbs' customers and Bulbs' team you know, need to be well looked after in whatever happens. And the longer it stays on the government books, dramatically more it's costing to keep the business in public ownership.

Greg Jackson, there, the boss of Octopus... 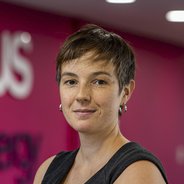 Director of Product and Marketing

×Close window
Octopus Energy The only energy supplier Which? has recommended 5 years in a row Rated 5 / 5 based on 115551 reviews. | Review us