We launched Octopus Energy to make a true green dent in the universe: to drive genuine transformation on a global scale. In a little over five years, our operation’s grown to 13 countries and 5 continents: and I’m really excited to announce our latest move into India.

Last month at COP26, we signed a game-changing new partnership with Sterlite Power, one of India’s most innovative power transmission businesses. We’ll work together to decarbonise Indian industry, build smart green power systems in both countries, and most importantly, keep delivering cheaper green power to more consumers around the world.

The transition to a smart, green energy system has long been hampered by unwieldy grid systems that were built to control a few hundred (fossil fuel) power stations. These systems are not fit to manage millions of electric cars, heat pumps, solar panels and batteries that are all connected to the grid at the same time.

The UK desperately needs a smart grid that can balance renewable generation with energy demand and drive down costs.

Sterlite Power has been one of the main disruptors driving the Indian power transmission sector to be more competitive and efficient: helping to reduce operating costs of Indian power grids by up to 40% compared to legacy methods. Their thought-leadership and expertise in this area will bring huge benefits to Britain’s green grid of the future.

Driving green transformation in the world’s most carbon-emitting countries

We want to help end reliance on fossil fuels where it’ll make the most impact on the planet. That’s a key part of why we’ve got operations in three of the world’s top five most carbon intensive countries: the USA, Japan, and soon, India (and seven of the top 20!)

Last year, we launched Octopus in the USA – currently the world’s second most carbon-emitting country – by way of Texas. We wanted to unleash the massive potential of renewables and technology there, not only to bring affordable green power to homes, reducing reliance on fossil fuels, but also to make the grid resilient against ever-more-dramatic, sometimes life-threatening, weather crises. Since the beginning of the year Octopus Energy US has increased its customer base by a factor of five.

India is now the third largest carbon emitting country in the world, producing over 2.6 billion tons of carbon dioxide a year as its industrial boom continues. There’s huge potential for our work with Sterlite Power to drive down the need for coal and natural gas, drastically decarbonise the country’s most polluting industries, and drive forward a smarter, greener energy system, both there and in the UK. 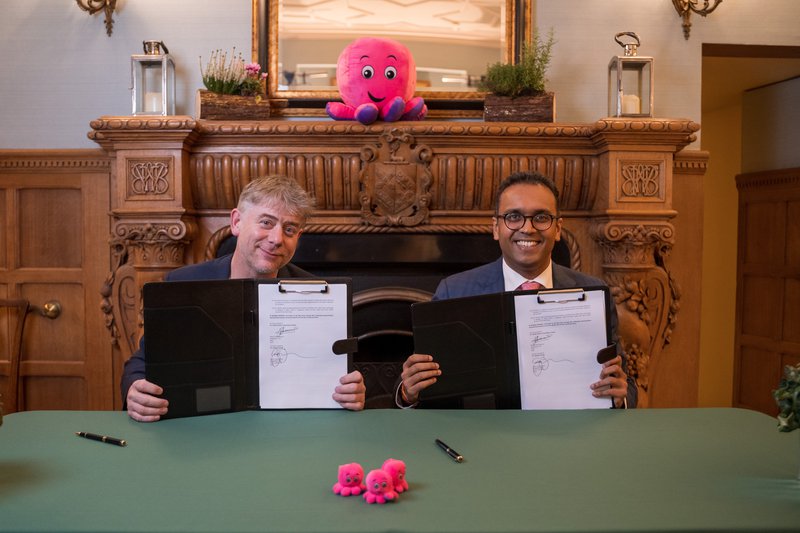