If you’re a customer of ours, you might’ve seen a pink, fluffy, eight-tentacled friend popping up on our social media. In case you haven’t, here’s one. We call them Constantine. 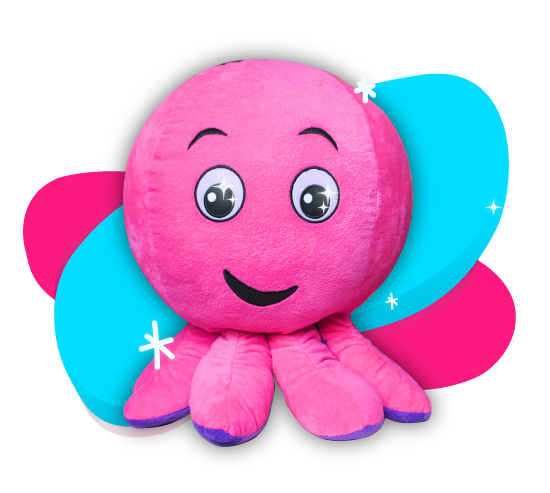 I’m Jess, Octopus Energy’s Chief Fluffy Octopus Wrangler. Our customers love our toy octopuses, so we wanted to give a little more insight into our eight-tentacled plushies – how they came about, and why we’re called Octopus in the first place. I mean, it’s a bit of an unusual name for an energy company, right?

Ordinarily, our customers can adopt their own fluffy Octopus for free at octopus.energy/givememyoctopus.

We’ve temporarily stopped taking requests while we bake up a new batch of toys. We love offering these cuddlies to our customers and their kids, but recently this link has found its way into a few popular bargain groups and sites, and we’ve had a flood of orders. We’ll be open for squeezeness again on World Octopus Day, 8th October 2022.

Give an Octopus a home! - Temporarily closed
No, I'd like to plant a tree instead!

We also give customers the option of a baby tree rather than a fluffy Octopus. We've worked with Hilderthorpe Allotment Society and the Green Task Force to plant them on your behalf, or as part of one of our various weird and wonderful tree planting projects around the UK. Read more about our work planting trees in schools and community spaces here, and our green work with Arsenal FC and the Green Task Force here

We're giving our unwanted Octopus toys a spa-treatment so they can be sent to a new loving home! 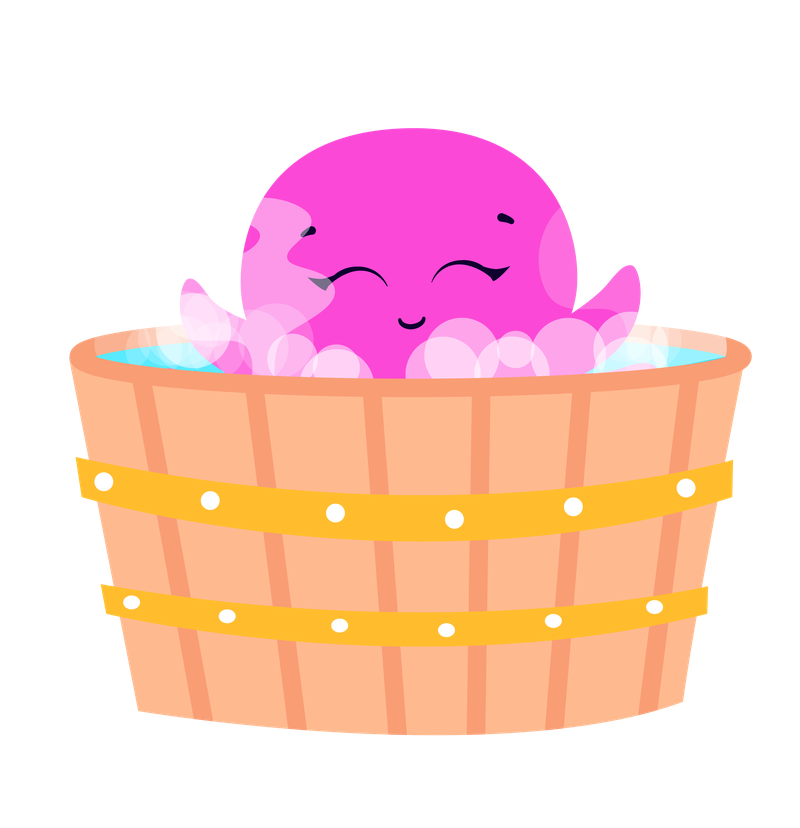 Do you have an Octopus toy that you no longer want? We'd love to send them to the spa and onto a new home!

How can I do this? Simply request one of our free eco-postal bags and pre-paid return label below (we'll post these out to you as soon as possible). Once these have arrived, pop your toy in the postal bag, stick the return label on the bag and take it to the nearest Post Office branch (or any one of the 1,200 customer service points across the UK - you can find your nearest branch here). The toy will then be sent off to Loved Before who'll make them good as new for their next home.

I'd like to send my toy to the spa

Why do we call our plushy friend Constantine?

Our head of front-end development Ashley named our fluffy octopus Constantine. He was channelling the kind of octopus he hoped Constantine would be: a bringer of change like Constantine the Great, Emperor of Rome, and a clear, transparent communicator like John Constantine – Keanu Reeves' demon-channelling lead in the occult detective classic of the same name.

Or, he just liked the name. We wouldn’t want to read into it too much…

Why do we send them out to our customers?

The very first octopus toys were hand sewn by a small toy company in Wales. They were dotted around the office and so beloved by our team, and eagle-eyed customers that we decided to create some larger cuddly friends to keep them company! Our team quickly developed quite a soft-spot for our cuddly eight legged friends. You’ll find them all over the office now too, which can sometimes end up looking a bit like Octopolis - a real-life underwater octopus city!? 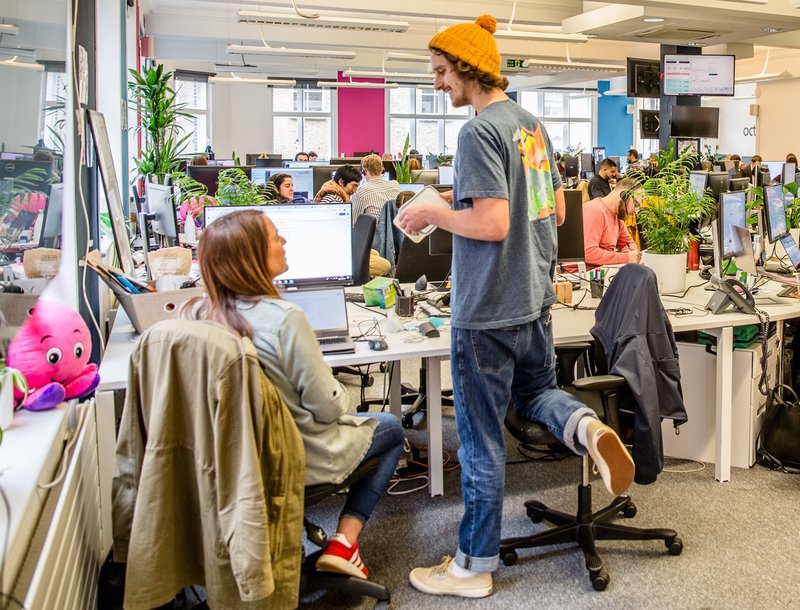 Luckily, our customers have been more than willing to take them off our hands – and as more than 3 million people have now switched to our 100% renewable energy, word has spread fast about our fluffy mascot. Since then, we’ve never looked back.

Where do they come from?

Our plushy friends started off as teeny tiny babies, handmade in Wales, but as our customer base grew and grew and grew, so did our Octopuses. They are now carefully (and ethically) crafted by a team of octopus-making experts in Dongguan, China, and we can send out both giant and teeny tiny Constantines.

Promo Sapiens: The Evolution of our Plush Constantine 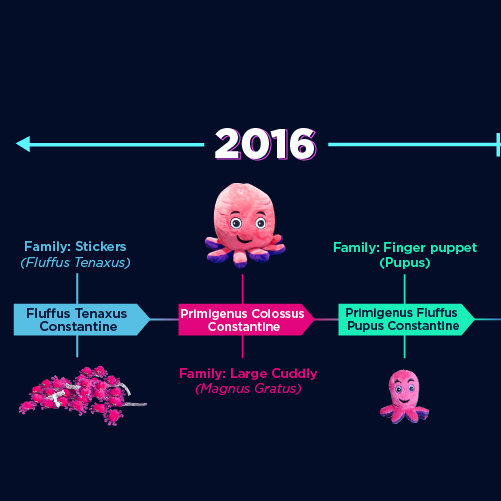 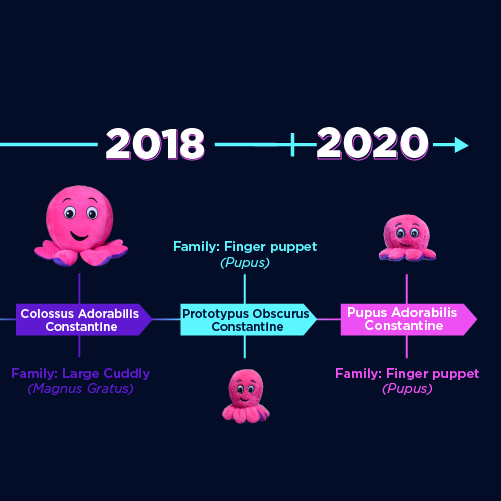 We have ensured the octopus-making process is ethical and 100% compliant with toy-making regulations and all Octopus toys bought from our manufacturer since summer 2021 have been made with 100% recycled materials. We’re also continuously looking into ways of carbon offsetting the octopus odyssey they undertake to reach our customers' front doors. From planting trees to investing in renewable fuel poverty solutions with the help of Renewable World. So, you can rest assured that your octopus has started life in the best way possible!

Here are some funky facts about our eight-tentacled friends: 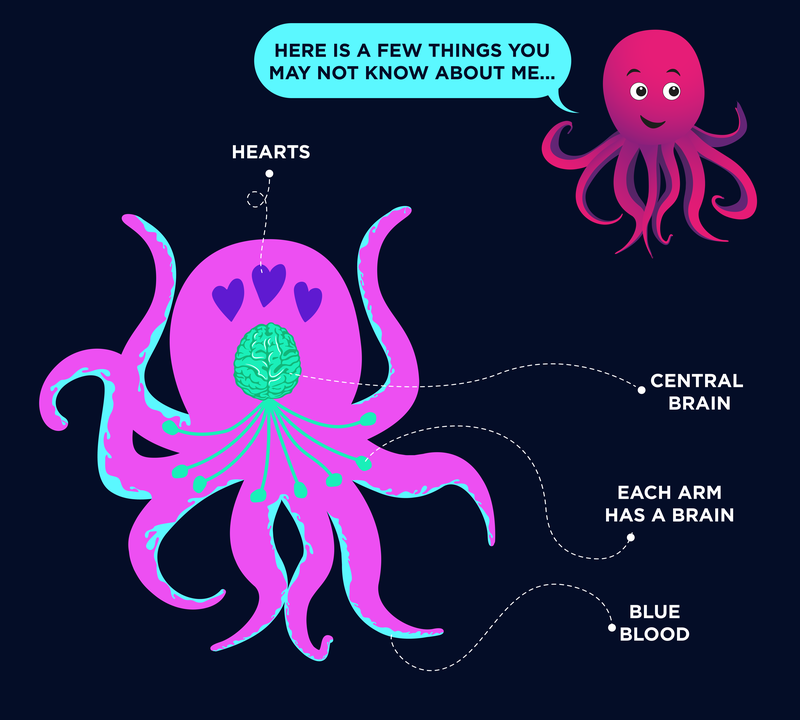 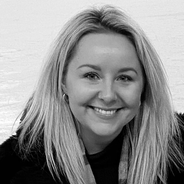