Jo Brooks was the lucky winner of our Arsenal Green tariff June prize draw and bagged herself an Arsenal signed shirt. We went and had a chat with Jo over coffee about all things Arsenal and what attracted her to switch to the Octopus Energy Arsenal Green tariff....

How long have you been an Arsenal fan for?

Do you have any particular Arsenal fan moments that really stick out for you?

For me, it was the first time I went to Highbury and we had seats right near the front – it was the magic of being so close to the pitch and the players and just Highbury Stadium itself. For my husband, I think I would have to say it was very much when they won the league at Old Trafford.

How did you hear about the Octopus partnership?

I was looking to change my provider and had narrowed it down to three companies. I’m quite an indecisive person and don’t always like to make a change, but I’d got to the point where I definitely needed to do something.

When I got an email from Arsenal saying they had teamed up with Octopus Energy I took it as a sign. I thought, let’s go with Octopus. You were one of the original three because of the great reviews you had. The fact that it was all green was great and the monthly prize draws were also a bit of a pull.

Do you regularly switch?

No, I have never switched. I was stuck on a standard tariff and paying way too much. So the time came when I thought it was getting ridiculous – especially as prices had just gone up again. Although I’d looked at switching for the last three years, every time I got to the point of deciding who to go with I put it off.

How did you find the switching process with us?

It was so, so easy. I regret not doing it earlier because the whole thing was just so easy and took no time at all. I have had no problems whatsoever. I get the monthly email meter reading reminders which is great! You don’t even have to log into an account to put your meter readings in – you just click the link in the email and you are done in two minutes.

Were you looking for a green tariff?

I wasn’t specifically looking at just green tariffs but I do feel that I’ve made a good choice by going green. I also made a great saving having been on a standard tariff. I’m probably saving in the region of £50 a quarter!

Join now and you could be next month's winner 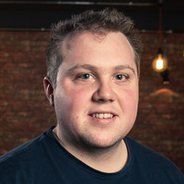 ×Close window
Octopus Energy The only energy supplier Which? has recommended 5 years in a row Rated 5 / 5 based on 115594 reviews. | Review us