Throughout Christmas, New Years’, and that weird low-energy period in between, there’s only been one thing on our minds. Announcing the winners of our Black Friday refer-a-friend, win-a-car competition.

Customers – you spread the word to your friends and family for extra chances to win. We worked away behind the scenes, making sure all those new customers were up and running with their Octopus accounts.

All the referrals have been counted. The top 3 biggest referrers have been confirmed and contacted, and they’ve chosen their prizes (we’ll reveal the top 3 when their prizes are delivered). Five prizes are being given to random entries in the draw, RIGHT NOW. Because we love our customers, every single customer has an entry - and customers who’ve referred friends and family have extra entries.

We’ve even crafted our very own ‘digital tombola’ to ensure a completely randomised method for picking the winners. You can view and download the algorithm, and even have a go yourself.

How did we ensure the winners were chosen completely at random?

David Winterbottom, our Head of Engineering, breaks it down:

“We wanted to bring our tech-centric approach to selecting the prize draw winners of our Black Friday competition, and so searched for a better solution than names from a hat (plus, with nearly half a million customers, that would have been a big hat).

We used “random” module from Python’s standard library, which is based on the extensively-tested “Mersenne Twister” generator. This is pseudo-random number generator (it’s difficult for computers to do truly random) which can take a “seed” value to initialise it. For the competition, we used live data from the National Grid to provide seed values, taking the proportions of supply coming from renewable sources (e.g. hydro, solar, biomass). These values were augmented with a time-based component (the microsecond at which we initialised the seed) to ensure suitable entropy in the seed such that all entries had an equal chance of winning. If you’re interested, the Python code we used can be see on the competition draw page.

Head of Front End Development Ashley Firth did the draw on camera, and we're delighted to be able to share the results with you. If you want a closer look at the solution, you'll find it here.” 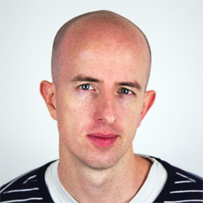 Now, it’s time for THE DRAW.

Need a refresher on how this’ll work?

Every customer has an entry in the draw. Every friend you’ve referred to Octopus got you another entry.

The three customers who referred the most friends during the competition were guaranteed a prize, and got first pick of the draw. The top 3 have been confirmed and contacted (we’ll announce their names when we deliver the prizes).

The remaining five prizes are being given to random entries in the draw, RIGHT NOW.