Arsenal FC are the greenest team the world has ever seen*

*In my opinion! I'm Myles, one of Octopus Energy's Digital Marketing Dynamos. Read on to find out all about the amazing green work that's helped Arsenal top BBC Sport's Premier League Sustainability Ratings...

We make sure they're powered with 100% renewable energy, from Emirates Stadium to the London Colney training grounds, and we've joined forces on a whole bunch of other cool green stuff, from planting trees to trialling innovative green tech at the Emirates. Together we've saved over 10.7 million kilograms of CO2 (enough to fill a stadium 6.6 time over!)

November 2020: The Gunners lead in sporting sustainability once again, becoming the first club in the premier league to sign up to the United Nations’ Sports for Climate Action Framework!

This incredible initiative helps bring the sports industry in line with the goals of the Paris Agreement, and endeavours to keep global heating below 2.0C by 2050, and we’re delighted, but not surprised, that Arsenal are the premier league first club to sign... That’s because Arsenal have long been trailblazers, leading the way in the fight for our planet, and we’ve been with them every step!

November 2020: Together, Octopus Energy and Arsenal defender Hector donated 48,000 to One Tree Planted!

Earlier this year, Hector Bellerin, elite defender of Arsenal and the Planet, pledged to plant a whopping 3,000 trees for every game the Gunners won in June and July in a fantastic green team-up with One Tree Planted.

And we've matched that, tree for tree!

Without further ado, we’ll be planting the trees in in the Amazon Rainforest to support critically important ecosystems and local people who rely and know the forest, and who will help with conservation and restoration.

Our trees will be part of the Phase 2 of the Araguaia Biodiversity Corridor in Brazil, and planting will start in 2021. Overall 200,000 trees will be planted, so between our 24,000 and Hector’s 24,000, we’ve pledged nearly a quarter of the total! The Araguaia Biodiversity Corridor will become the longest of all nature corridors on Earth and is one of South America’s largest ever reforestation projects. Its scope is astonishing, with a total length of 2,600 kilometres and a width of up to 40 kilometres situated alongside the riverbanks of the entire Araguaia river. It will connect two of the world’s most important ecosystems: the Amazon rainforest and the Cerrado savanna.

Defending from the ground up 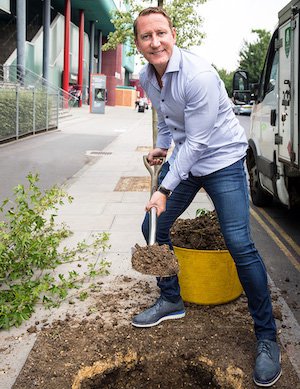 We're no strangers to tree planting. A few years ago, the United Nations Environment Programme and World Health Organisation formed their BreatheLife coalition to raise awareness for the dangers of air pollution. We decided to launch a national tree planting campaign to show our support – and to date, have planted over 12,000 trees in schools and community spaces around the UK. It all started with a single tree, planted next to Emirates Stadium by the Romford Pele himself. 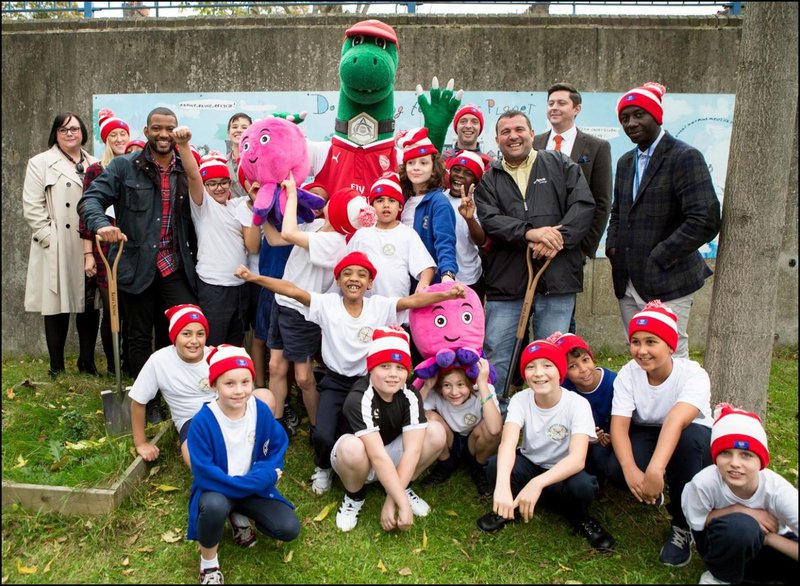 Next, we teamed up with Arsenal's Double Club to plant trees at St Andrews Primary School with the help of Gunnersaurus, JB from JLS and Blue Peter Gardener Chris Collins. As well as introducing a new cluster of native broadleaf sapling trees in Islington – an area with air pollution levels typically three times higher than the EU legal limit – we took the opportunity to chat to the kids about renewable power and sustainability.

Hector Bellerin, Bukayo Saka and Eddie Nketiah hosted a mini post-game interview with three young gunners who fielded some questions around the environment, playing for Arsenal and Dennis Bergkamp's potential trip to the arctic in this video

In October 2018, we got together with Hector, Arsenal alums Petr Cech and Aaron Ramsay, and Gunnersaurus to break ground on a brand new mini-woodland at Arsenal’s London Colney training ground.

We’ve now added hundreds more trees to the Woodland with the help of Gunnersaurus and the Junior Gunners as well – bringing the total to well over 500.

Next, we teamed up with Arsenal to install a 3MW mega-battery at Emirates Stadium, so home games can run on 100% green battery power. This ground-breaking bit of tech is an innovative way of making energy even greener on a larger scale.

How does it work?

The battery has enough capacity to power an entire match from kick-off to the final whistle. The battery is designed to fill up whenever the UK’s energy supply is greenest (usually when the sun is shining, the wind is blowing and not many people are using power, in the wee hours of the morning). Then, between 4-7pm, when demand on the grid is high and the UK has to burn far more dirty fossil fuels, Arsenal’s evening games can run on stored, green energy instead!

Discover how our ground-breaking battery powers Arsenal's games in this video:

Fans can sign up to a special Arsenal green energy tariff which gives you 100% renewable electricity and regular Arsenal prize draws too. Since our partnership began, thousands of fans have switched to green power.

Together, 103 games have been played using sustainable energy to power the stadium, ranking the Gunners number one in the sustainability for the Premier League! 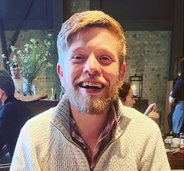