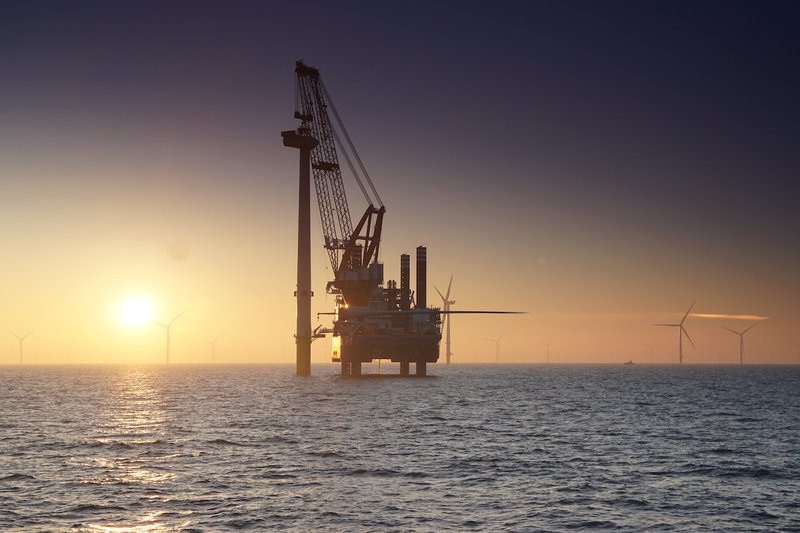 Octopus Energy Generation’s fund management team acquired the Borssele V offshore wind farm, operated by Eneco. It consists of two large Vestas wind turbines - each as tall as the Gherkin building in London - located in the Dutch North Sea. These are the largest turbines in Octopus’ portfolio. It is part of the Borssele wind farm zone which is made up of five wind farms with a combined total capacity of 1.5 GW.

The 19 MW capacity Borssele V wind farm has been operational since 2021. Dutch green energy company Vandebron is the offtaker, supplying the green power generated by the wind farm to customers in the Netherlands. The wind farm creates enough energy to power 25,000 homes a year, offsetting 16,000 tonnes of carbon emissions – the same as taking 10,000 petrol cars off the road.

Octopus bought it from a consortium of sellers including Van Oord. Borssele V has also pioneered world-first offshore wind innovations, including a method for securing turbine foundations as well as technologies to promote more marine biodiversity around turbines*.

This is the next step in Octopus’ offshore wind strategy as it ramps up its offshore wind investments. It follows news from April when its fund management team acquired a stake in the 270 MW Lincs offshore wind farm off the east coast of England, on behalf of Octopus Renewables Infrastructure Trust (ORIT).

Offshore wind is a core component of European governments’ energy security plans. The Netherlands is Europe’s third largest offshore wind market after the UK and Germany - and plans to double its offshore wind capacity by 2030**.

Zoisa North-Bond, CEO of Octopus Energy Generation, comments: “We’re expanding green power across Europe and over the next decade we see ourselves rapidly accelerating our investments in renewables. It’s brilliant to have entered the Dutch renewables market so soon after our first wind energy deal in Germany. The Netherlands is on the path out of fossil fuels and we’re here to help on this mission. We started making a splash in offshore wind this year, and we’ve already got a lot more in the pipeline.”

Matt Setchell, Co-Head of Octopus Energy Generation’s fund management team said: “Offshore wind is a critical part of the energy transition and it’s also an increasingly important part of what we will be doing as a fund management business. We’ll be bringing investors access to many more of these types of opportunities over the coming months and years as we continue to grow our specialist team around the world to deliver this.”

Octopus Energy Generation manages 3 GW of renewable energy assets across Europe. The company is stepping up its generation capabilities and is planning to create 18 GW of green energy generation projects across the world by 2027.

As one of Europe’s largest investors in renewable energy, its fund management specialist team launched in 2010 with a mission to accelerate the transition to a future powered by renewable energy. This team manages 3 GW of renewable energy assets like wind and solar farms across 9 countries, worth over £4bn. These renewable projects generate enough green energy to power 2 million homes every year, and is the equivalent of taking over 800,000 petrol cars off the road. The business also launched the Fan Club in 2021, the world's first local energy tariff that provides cheaper, greener energy to customers living near local wind turbines when the wind blows, with a discount of up to 50%. Thousands of people have got in touch asking for the Fan Club in their community.

Octopus Energy Group is a global energy tech pioneer, launched in 2016 to use technology to unlock a customer focused and affordable green energy revolution. It is part of Octopus Group, which is a certified BCorp. With operations in 14 countries, Octopus Energy Group's mission is going global.