The power of the Web is in its universality. Access by everyone regardless of disability is an essential aspect.

It’s Mental Health Awareness Week, and today is Global Accessibility Awareness Day. The stars have aligned perfectly for us to share some of the steps designers or developers can (read: should) take to increase site usability. Ashley Firth, Head of Front-end Development, has made web accessibility a personal focus of his. He outlines some key guidelines for creating inclusive web experiences for users with anxiety.

At the turn of the 21st century, the World Health Organisation (WHO) published an updated definition and interpretation of disability, not simply referring to it as a “personal attribute”, but rather, as essentially “context dependent…reflecting the interaction between features of a person’s body and features of the society in which [they live]”.

Their point: disability happens during interactions between a person and society on a physical and cognitive level. Of course, the web has become a key site for these interactions. What can be problematic are mismatches between how a user interacts with the web (or even their computer) and how the people that made it do. These conflicts can prevent a person from engaging with the content of a site.

It is the job of designers and developers to factor this in and create inclusive web experiences that work for the largest number of people possible.

The World Wide Web Consortium (W3C) have a comprehensive list of requirements that can be completed to achieve web accessibility, be that at AA or the stricter AAA level. However these aren’t enforced and, as a result, are often overlooked.

Last year, the Home Office released some posters offering guidance for how designers and developers can make sites accessible to everyone. They outlined rules to help those with low vision, deafness, dyslexia, users on the autism spectrum, or those using screen readers.

Recently, they added a new poster focused on web users with anxiety. It’s great to see, as mental health issues are more than capable of creating debilitating mismatches between a person and the site they’re interacting with.

Here are some areas to consider when designing or developing:

Give users time to complete actions

Short timeouts are commonly seen on eCommerce sites, and are becoming more of a problem as their popularity increases. For users not super familiar with journeys like a checkout process, or those who prefer to take time to read through content and check inputted data, short timeouts encourage hastily completed actions and invite human error. The end result is always frustration. Worse still, it can make the user feel like they aren’t equipped to use the web, which could even drive some to stop trying. But the web should be working for us all, not excluding those whose chosen actions or responses don’t fall within normative expectations of site interactivity.

Explain the next step

After the user completes an action, it’s important to explain what will happen next, rather than leaving uncertainty regarding next steps or time frames. For example – if a user is resetting their password, telling them that they should receive an email within a certain amount of time can help to set expectations. As can telling a user who’s just placed an order of some kind when they should next expect to hear from you.

If you’re asking a user to provide information over multiple stages or site pages, it’s important to give an opportunity to review the information they’ve provided before they submit it to you.

This empowers users, and a good way to do so further is to provide a progress indicator for the steps of your process. Not only does this indicate that there’ll be a chance to review the steps at the end, but it provides context as to how long is left in the process. This also minimises users dropping off of your processes in general; context is key.

Communicating in a familiar way

It is important to offer alternative ways of communication for those unable to interact via a specific medium. For instance, placing a phone number on your website can be useful to some, but restricting to others who feel uncomfortable or pressured by the prospect of contacting a company and speaking to someone they don’t know.

Your customers should be able to contact you in a mode of communication that works for them. Email is the natural alternative to the phone, as it doesn’t require audible interaction. However some people still want the instant responses that often comes with phoning. In this case, live chat, or even a Facebook messenger integration, provide the best of both worlds. We offer all of these forms of communication in our business, and have found that not only does it allow us to communicate effectively with all of our customers, but the freedom often results in them taking the time to provide more feedback on how we’re doing in general, which is invaluable.

For a business like ours, long-term comfort and familiarity with our site is key, as users will likely stay for the duration of a year-long fixed contract (or, hopefully, much longer). But it’s equally crucial to consider potential new customers, and their first few interactions with our business while they’re deciding whether or not to switch. People experiencing anxiety can respond negatively when they’re on unfamiliar sites, and so sometimes it’s worth going to your prospective customers instead of relying on them coming to you.

We tackled this by creating a Facebook chat bot that would allow someone to receive an energy tariff quote based on their specific property and energy usage straight from Facebook. It asks all the same questions as the regular website journey, but means that it can be completed in a more familiar and informal setting. This familiarity makes users feel in control and more likely to engage with you.


We’re working pretty tirelessly to ensure our site’s user experience is as universalising and accessible as it can be. What’s most key is the ability to adapt. An ‘always-on’ approach means designers and developers can improve their work based on the feedback of individuals whose interaction with the site doesn’t quite match theirs. Organisations like the W3C and the Home Office have taken conscious strides towards inclusion through the publication of web accessibility guidelines, and implementing these small changes can vastly alter the way a user is able to engage with the Web. And as designers and developers, it’s our responsibility to give them that.

Split £100 with every friend who signs up with this link

Get your referral code

Not yet a customer? 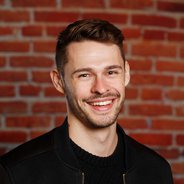