Octopus Go Green is an electricity tariff with a bonkers cheap 12p / kWh rate for four hours every night (between 00.30 and 4.30am). It is exclusively for Volkswagen, Audi, SEAT, Skoda or Cupra EV drivers and delivers all the same benefits as Octopus Go. Drivers can charge up thier vehicles while they're asleep, keeping fuel costs close to 2p per mile. On top of that, Octopus Go Green directly supports renewable generators as we purchase the electricity to power the tariff directly from UK based generation projects.

Here's the answers to every question you've ever had* about Go Green, all in one place.

For more info on this tariff, and others that might suit you if you drive an electric car, have a read of this blog.

For more information on all things electric cars, including smart chargers, our domestic vehicle-to-grid trial, Powerloop, company 'salary sacrifice' schemes, government grants, green taxi incentives, and a load of other exciting EV-tunities, chat to the amazing folk over at Octopus Electric Vehicles.

*Have we missed anything? Drop us a line.

What unit rates and standing charge will I pay on the Go Green tariff?

There's also a standing charge, which again varies depending where you live in the UK.

You can check what unit rates and standing charge apply in your area here: www.octopus.energy/go/rates

Do I need an Octopus smart meter to get on Go Green?

Yes. Go's Green innovative pricing is only possible through smart meter tech. We need to be able to link to your smart meter automatically too, which means to get on Go Green, you must:

a) already be supplied by Octopus

Not with Octopus yet?

Join Octopus Energy on an interim tariff through this link, and we'll contact you to book a smart meter appointment once you've switched.

Can I switch to Octopus directly onto the Go Green tariff?

Go Green is a smart tariff. This means that you need to have a SMETS2 or Secure SMETS1 smart meter installed before you can join the tariff. Trouble is, we're not allowed to book you an installation appointment until you've fully switched to us, which means you do need to sign up to Octopus on a standard tariff first in the interim.

All our tariffs have great, competitive rates, and you shouldn't have to wait too long for a smart meter.

Join Octopus Energy on an interim tariff through this link, and we'll contact you to book a smart meter appointment once you've switched.

If you already have a smart meter, it can still take us some time to connect to it. While we join the dots in the background, we'll also need you to switch to an interim tariff.

If you've got any other questions, do get in touch for further information on this.

What if I don't want to get up at 1am to turn my charger on?

Fear not. We have partnerships with a few different smart charging trailblazers, like Ohme, the UK's first smart home charging cable, which can automatically turn charge mode on when the 'off-peak' charging period kicks in.

Get in touch with Octopus Electric Vehicles for info on a state-of-the-art smart charger.

How does Octopus Go Green differ from Octopus Go?

Octopus Go Green is our electric vehicle tariff exclusively for Volkswagen, Audi, SEAT, Skoda or Cupra EV drivers. All our electricity tariffs are green but with Octopus Go Green, we've purchased the power directly from renewable generators through power purchase agreements rather than buying Renewable Energy Guarantees of Origin (REGO) certificates. Go Green rates will mirror Go rates so the only difference is how we purchase the electricity.

Can I use my cheap charging period for anything other than charging my car?

Of course! During this four hour period, any electricity you use will be charged at 12p / kWh.

You can even automate stuff to come on using smart plugs and neat, simple to set up integrations with Alexa and IFTTT – check out some smart home hacks from our brilliant customers.

Is there a Go Green gas tariff?

No. Octopus Go Green is an electricity tariff, created for drivers to charge their electric cars. This kind of smart tariff passes on the benefits of the UK electricity market's wholesale prices, which are highly variable through the day. Wholesale gas prices don’t really vary throughout the day, so a Go Green gas tariff wouldn't really be able to have that same amazing off-peak rate.

If you're a dual fuel customer, we can supply you gas too, of course. Just choose one of our standard gas tariffs, which you can get a quote for any time at www.octopus.energy/quote.

Can I be an electricity-only customer, and get my gas from another supplier?

Yes! Choose 'electricity only' at signup.

What happens to the off-peak period during daylight savings?

Number one and most important: no matter what your IHD says, your off-peak period stays between 00:30 and 04:30.

Why is my IHD saying something different?

This SHOULD be straightforward – but some customers have noticed that their in-home display (part of the smart meter infrastructure) shows the cheap rate kicking in at 01:30 following a clock change.

On your bills, it'll say the cheap period starts at 00:30. This is obviously pretty confusing, and makes it hard to know which is correct. The challenge is that the IHD is not “determining” anything. It’s just displaying some information, and in the journey from Octopus to DCC (the government’s data company, which handles smart meter data), to TMA (a company who connect Octopus’s smart meters to DCC), to the comms hub (a regulated device which carries the signal to the smart meter), to the smart meter itself, to the IHD (which sits on a different network, established by your electricity meter) there are many steps – each of which may pass the time signal as it is, or may “helpfully” correct it from GMT to BST etc.

There are quite a few different ways to get a message to the IHD and some are simpler than others, but allow less functionality – so we’re trying to use the smartest way... but it’s also the most complex. 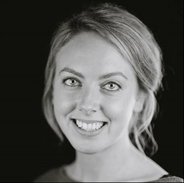 ×Close window
Octopus Energy The only energy supplier Which? has recommended 5 years in a row Rated 5 / 5 based on 125874 reviews. | Review us